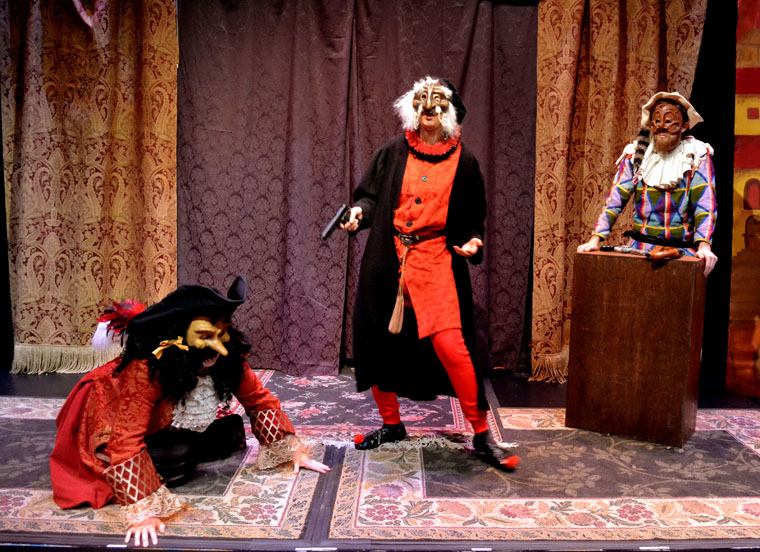 Recipients of the Kennedy Center National Achievement Awards were selected by a panel of KCACTF Executive and National Committee members from amongst two-year college and university productions that competed at one of eight regional festivals.

LBCC Theater Program Director and faculty member Dan Stone received the Distinguished Achievement in Teaching Artistry award for his original play “I Got Guns,” which examines political viewpoints and gun issues through the use of improvisational slapstick-style of Commedia dell' Arte.

“This is pretty fantastic to be recognized at the national level among universities and colleges across the country,” said Stone.

“I Got Guns” was one of three plays selected to perform at the regional Kennedy Center Festival held Feb. 20 at University of Oregon. LBCC’s production was the only community college play selected from two-year colleges and universities in Oregon, Washington, Idaho, Northern California, Nevada, Colorado, Montana, Wyoming and Alaska.

“I Got Guns” earned several Meritorious Achievement awards at the regional festival, including for Ensemble, Directing, and an award for Original Music, which was written by LBCC graduate Alyson Fewless.

About Dan Stone: Dan Stone received his Bachelor of Arts degree with a double emphasis in Acting and Dramatic Literature from California State University, San Bernardino. He completed his Master of Fine Arts degree at Humboldt State where his focus was directing and creating original works. Stone was mentored for three years under Dr. Ron Argelander, founder of the Experimental Theater Wing of New York University.