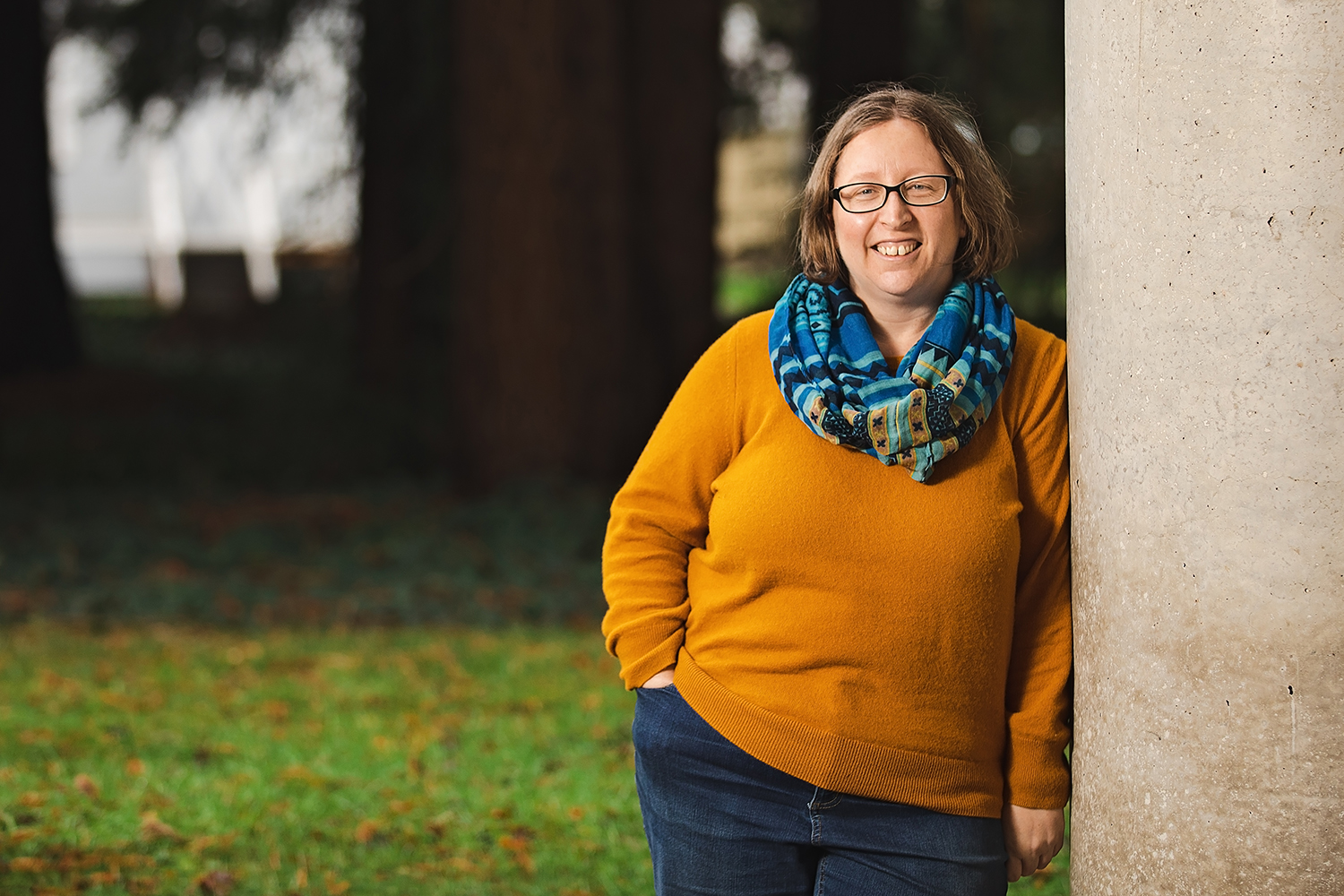 An interest in helping people achieve their capacity to thrive is what led Terese Jones, Director of LBCC’s Job Opportunity and Basic Skills (JOBS) Program, to the field of human development. “I wanted to find a way to connect with policy at the local level and pilot some innovative approaches to addressing poverty – particularly rural poverty,” said Jones.

When an opportunity came available to work with the JOBS Program at Linn-Benton Community College, Jones was excited to put her name in the ring. “My path to LBCC was carved by my interest in applied research, a passion for academic freedom, and the opportunity for creative programming,” she said.

The JOBS Program is the driving policy for how poverty is addressed in the U.S. It is administered through Temporary Assistance to Needy Families (TANF) funding. Since 1996 reform, the JOBS Program has focused on work readiness, with mandatory work requirements, making it more challenging for participants to get a GED or go to college.

“After ’96, it became about whether there were jobs out there to be had. If there were, there was this idea that people don’t really need to get an education because they can get those jobs. But those aren’t generally living wage jobs, and they certainly are not jobs that will transform the context of a local family and change their trajectory,” said Jones.

Jones was curious about what could be done to increase access to educational opportunities through the JOBS Program. She was also drawn to serving the community in a tangible and specific capacity in a specific geographic region, because much of the policy that drives poverty intervention programs is decided at the local level.

Jones and her staff bring experience to deepen the bench of tool and resources that a student has in order to overcome barriers. “The JOBS Progam is a rich opportunity for participants to partner with an advocate who is knowledgeable about workforce development and education, to journey together along this challenging road … identifying obstacles and finding ways to remove them in tandem.”

All of their participants have children, and they are coming from poverty.

The small team of five is responsible for administering the JOBS Progam for the Lebanon, Albany and Corvallis DHS offices, which means they serve a population that stretches from Alsea to Monroe, and all the way to Cascadia and Jefferson. Jones, as the sole faculty member, does all program design, development, and evaluation.

Jones is originally from Dallas, Oregon. After graduating with a bachelor’s degree from the University of Oregon she worked in Seattle as a liaison to the criminal justice system, working with people whose sentences were up but who could not get released because they didn’t have an address that the court would approve

Prior to her work in Seattle, Jones did not know much about the system. She was aware of disparities in incarcerations, but she was not familiar with issues exiting the system in terms of overcoming poverty. “After that work, I realized there is no addressing poverty if we don’t address our criminal justice system,” said Jones.

Jones’ new knowledge carried over to her work in the JOBS Program at LBCC, where—in partnership with Qui Qui Law and partner attorney Michael Zhang—she and her team sponsor clinics for people to get their paperwork, fingerprinting, and notary services for expungement at no cost.

“At some point you should be finished with the court-ordered consequences of your crime,” she said. “Expungement is a critical part of helping people present themselves in the workforce in a way that is desirable and that will allow them to be competitive.”

In addition to the expungement clinics, the JOBS Program at LBCC offers four main types of services. Work readiness programming is for those who are not quite ready to start work due to factors such as childcare, housing, or mental health, but for whom work is the ultimate goal. Through the Work Experience Program, participants partner with a community business or agency to gain experience through unpaid internships. The Trades Navigation Program helps participants identify tangible educational goals and then navigate the array of educational providers to determine the best match. Finally, Self-Initiated Training is for degree-seeking students who work with Jones and her team for more robust educational support.

The idea of first-generation students in higher education settings being unfamiliar with ‘how to college’ is the foundation of the theoretical model of symbolic interaction that Jones uses in her program design.

“We make meaning from our interactions. We look around, we see things, we assign meaning to them, and respond according to that meaning,” described Jones. “If you have never seen anyone go to school, it’s not part of your meaning-making map … Sometimes it’s literally ‘I don’t know how to perform this role.’”

The JOBS Program team helps participants understand how to perform the role of being a student and project it forward to a vision of what could be. “We also help them gain the lexicon needed to get the benefits that they are allowed and to be able to access services at the college level. We remove the strain of bandwidth so they can focus on school,” said Jones.

For more information on the JOBS Program visit our website or email Terese Jones.