Julianna Souther’s “Han: The Legacy of a Divided Society” on Display at LBCC | LBCC
Skip Side Navigation

Julianna Souther’s “Han: The Legacy of a Divided Society” on Display at LBCC 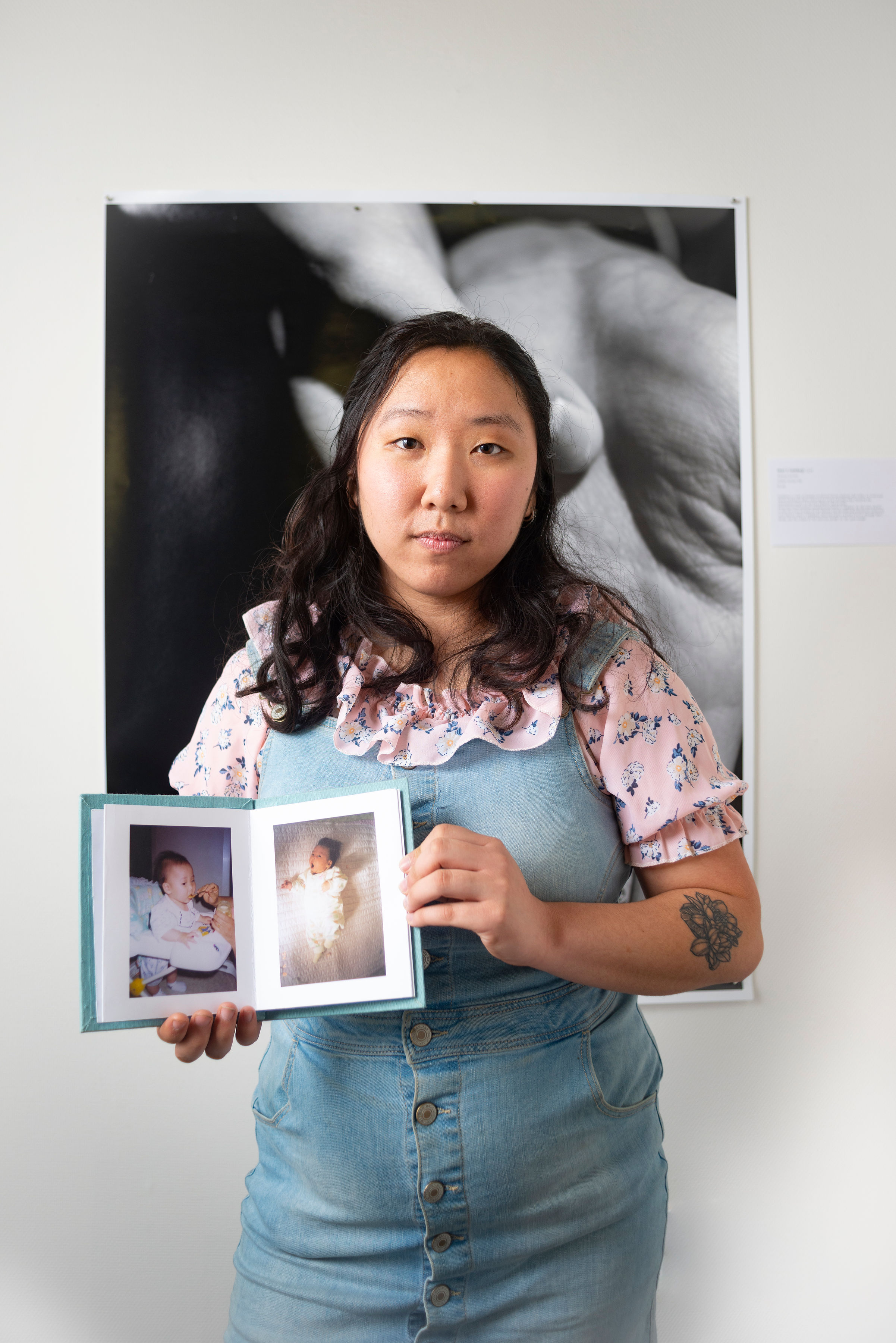 In an exhibit that combines the personal and the cultural, Corvallis artist Julianna Souther explores her Korean heritage and what it means to be “other” in America through a collection of portraits and other artwork now on view at the South Santiam Hall Gallery on Linn-Benton Community College’s Albany campus through October 28th. A reception and gallery talk will be held Thursday, Oct. 13 in the gallery from 5:30 to 7:00 pm. A virtual screening of Souther’s documentary titled, “Voicing Adoption Diaspora” will be held Saturday, October 22nd from 5:30 to 6:30 pm, via Zoom.

“Han: the Legacy of a Divided Society” recounts her South Korean identity by examining both historical events and issues persisting today. Also featured are 14 portraits of young people, including those in the LGBTQIA community, who describe their experiences with discrimination in a predominantly white society. Included in the show are contemporary and historical photographs, cyanotypes, a video, and a hand-made accordion-style photo book. Souther explained that “Han” is a complex Korean concept that reflects “the intense emotion of hatred or resentment that is part of every Korean person” because of the nation’s history.

“The history of the people and the country of Korea includes unimaginable hardships. including the Japanese Occupation, the Korean War, and slavery,” she said. “Han provides a unique channel for describing the consequent feelings, and is perceived to be an essential part of the Korean identity.”

Born in 1998 in Seoul, South Korea, Souther was adopted into an American family at a young age. She graduated from Oregon State University with a Bachelor of Fine Arts in Photography in December 2021. Since “coming out of the fog,” which is how she describes the realization of the adoptee reality, Souther has created photographic works documenting both the adoptee and Asian American diasporas.

She was the recipient of OSU’s Kelsi Rae Ford Memorial Scholarship for two years, and this year was awarded the College of Liberal Arts Outstanding Senior Award by Oregon State. Last fall, she presented her thesis show, “Breaking Misconceptions” at the Little Gallery at OSU.