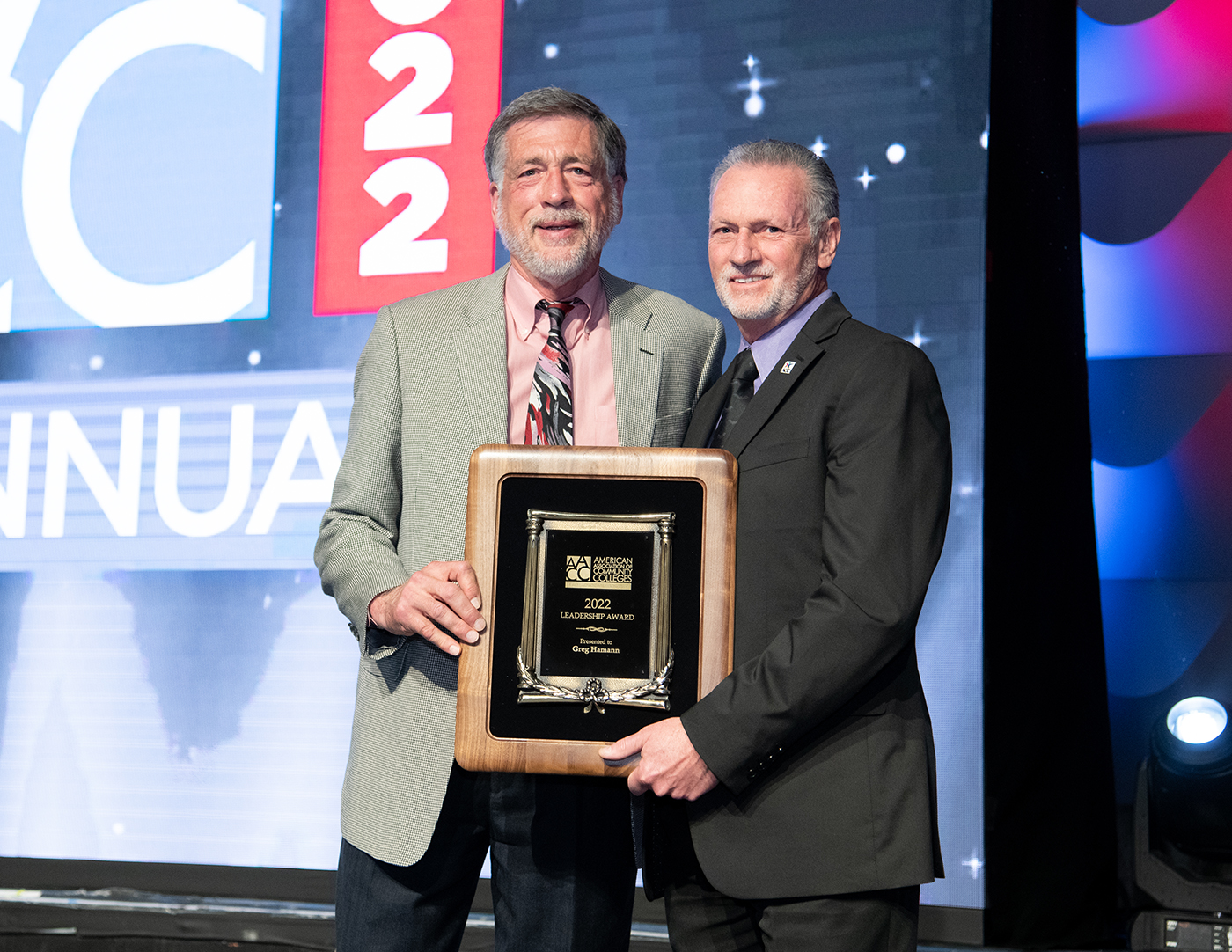 OREGON -- The American Association of Community Colleges (AACC) has announced Dr. Greg Hamann as one of six new members of its national Hall of Fame and earning the 2022 Leadership Award. Dr. Hamann is the president-emeritus of Linn-Benton Community College (LBCC) in Albany, Oregon, where he served as LBCC president for 10 years before retiring in 2020.

AACC announced and inducted awardees at its annual conference, held in New York City this month. Recipients were chosen for their unique and impactful contributions to the community college sector over their careers.

During Dr. Hamann's tenure as LBCC president, he grew the college's mission of student success in a number of ways, including launching a nationally recognized Guided Pathways initiative, increasing capacity for healthcare and career technical education programs, passing a bond initiative that led to the construction of several new buildings, creating a local Pipeline to Jobs program, and leading new efforts in equity, diversity and inclusion. Prior to LBCC, Dr. Hamann served as president at Clatsop Community College in Oregon for seven years. He has served on many boards, including AACC's board of directors including the oversight board for AACC’s Voluntary Framework for Accountability, and the President’s Advisory Council to the Association of Community College Trustees.