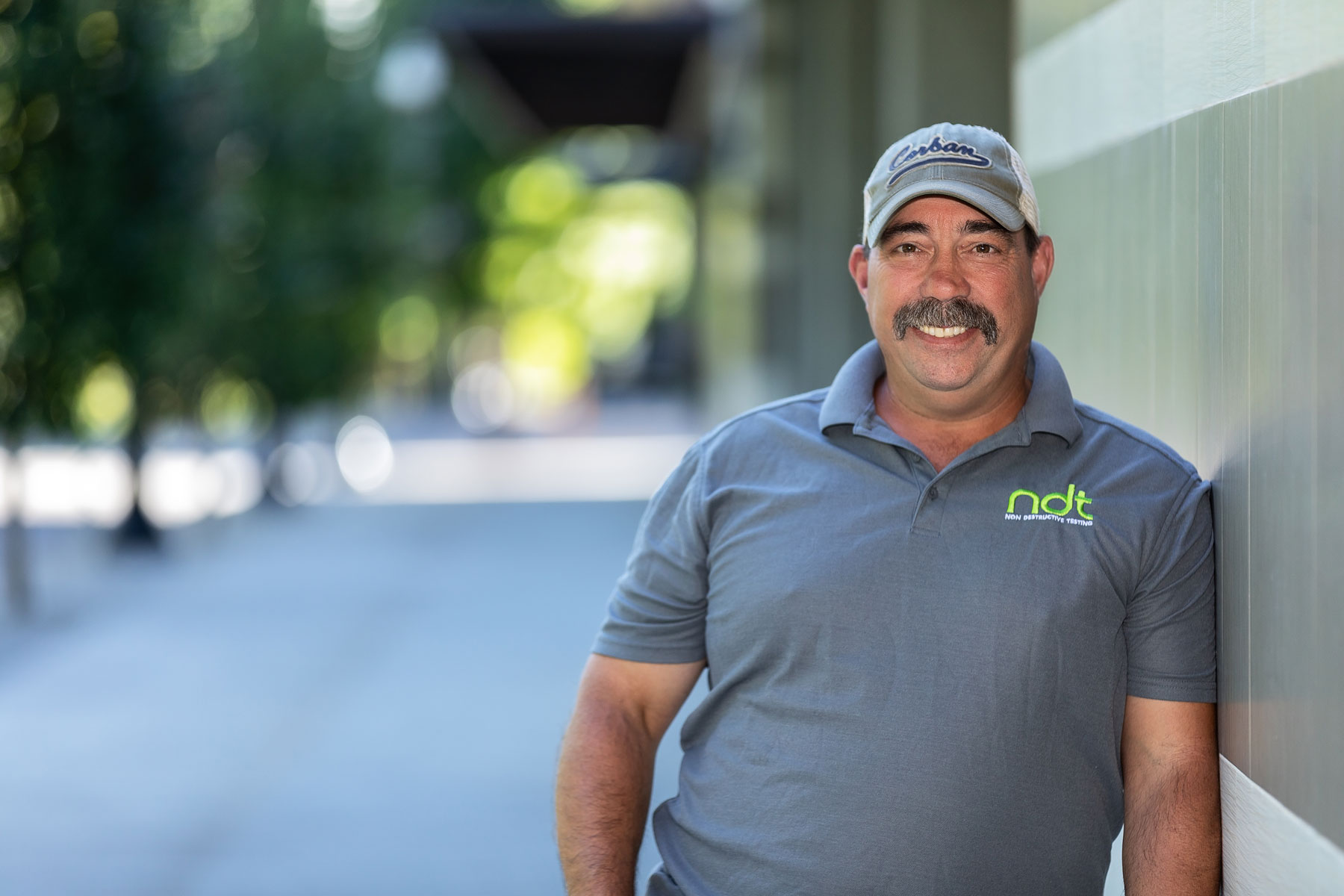 Scott Ballard: 'Let me tell you about this guy I know'

When students join Applied Industrial Technology at Linn-Benton Community College and tell Scott Ballard they’re not good at school, he says, “Let me tell you about this guy I know.”

In high school, Ballard tells his students, the guy in question wasn’t much into academics. He was a gearhead; a mechanic, a welder. Nobody in his family had been to college and he figured it wasn’t his place, either.

So, Ballard tells them, the guy enrolled at a university, where he found he was good at school after all. And today, he teaches the Non-Destructive Testing and Evaluation Program at LBCC, where students learn to gauge the strength, durability and effectiveness of parts and equipment without breaking them.

Ballard knows the guy pretty well. Sees him in the mirror every day, in fact.

He tells his students, “You can do this.” And pretty soon, they realize they can.

Ballard is getting ready to start his fifth year with LBCC, after 22 years as a high school manufacturing teacher in Philomath.

What Ballard loves most is helping students find a career path that will lead them to success. LBCC works closely with partners in the industry and, up until the pandemic struck, had a 100% job placement for graduates. Even with the economic downturn, Ballard says, more than half of the spring term second-year students found jobs within the trade.

That doesn’t mean everyone finds the same path. The certification tests for Non-Destructive Testing include a written comprehensive knowledge exam, a procedural and standards exam and a practical, hands-on exam. They must be passed at both a minimum score for each and a composite score for all of them together.

It isn’t easy, and not everyone makes it. Ballard particularly remembers one student who struggled with academics and with test-taking specifically. He passed the class but never completed the certification tests.

However, Ballard says, receiving his degree helped the young man find an internship at a casting house. The last time Ballard checked, “They were raving about him. He was a great worker. Once he could focus on one area, he blossomed.”

It’s those kinds of successes that keep Ballard coming back.

No matter what you teach at LBCC - English, math, culinary arts -“We are first and foremost in the business of people,”  he says. “First and foremost, we’re about taking care of our students and training them for a career path so they can be successful.”

It was tough to go all-remote this past spring, and Ballard says no matter how many step-by-step videos he put together, he’s looking forward to having small groups of students use the labs again this fall. “They really need to put their hands on (the machines) and work through the controls and settings.”

However, he adds, a big part of the program is academic, and not as hard to teach via remote.

“The reason that our students are getting hired so well, and put to work, is that we have all this academic training,” he says. “The labs are the cherry on top.”

Whether it’s in the lab or on camera, Ballard says the best part of his job is “working with students that are hungry to learn and watching them learn the trade.”

And once they get hired, he says, “the look on their face when you’ve got a kid who’s lived in poverty, and their family has never had a meal that wasn’t public assistance, and suddenly they have an internship getting $21 an hour - they are jazzed about it. They are so excited. And they know this is a life-changing experience. They can go anywhere in the world with their certification and work.”

And that, he says, is why he keeps teaching: “Working with people and helping them learn a trade and be successful so they can go on in life and make a living that’s life-changing.”