Michael Lopez: “They're welcome and they have a place here” 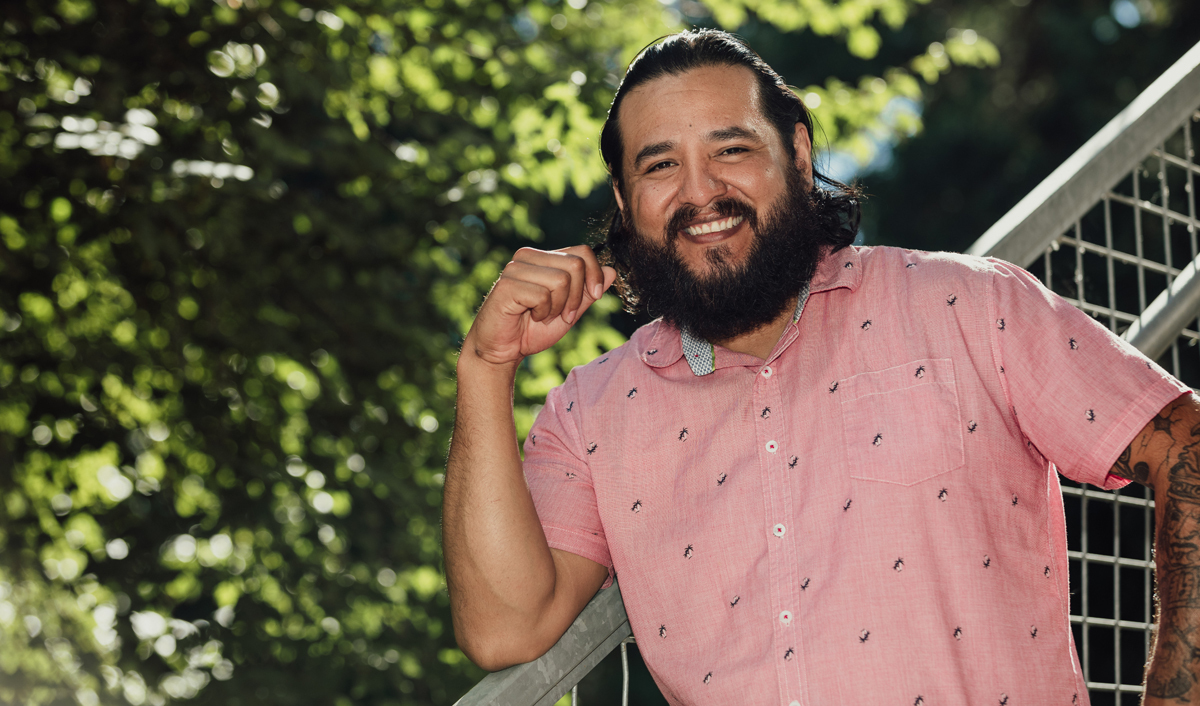 Michael Lopez almost didn’t make it through his first day of community college. He was already older than most of his classmates and hadn’t had the world’s greatest academic experiences growing up.

A veteran who had served in both the Army and the Marines and worked later as a sheriff’s deputy, Lopez was used to following orders. So when he was told he needed to “wait” to see if he would be admitted to his first class, he did just that: waited outside the door as all the other students filed inside.

If the instructor that day hadn’t seen him and invited him to join - and then explained how the “waitlist” process worked, taking the time to walk him through the other nuances of higher education - he would have left. And he doubts he would have returned.

So when students come to Lopez’s math classes at Linn-Benton Community College, he’s ready for the fear, the uncertainty, the glaze over their eyes that says, “I’m not sure if I’m in the right place.”

He does everything in his power to let them know they are.

“I want them to feel that they’re welcome and that they have a place here,” he said.

Lopez starts by getting to know the students as people. He works hard to maintain those connections even through remote classes, setting up weekly check-ins and making himself available anytime a student needs to talk. He wears a “Gay-Straight Alliance” T-shirt during Zoom meetings to let them know the space is safe.

Lopez offers extra credit to turn parabolas and other algebraic functions into works of art. He keeps a collection of his favorites: functions that form bridges, crossbow arcs, drone flights, the Eiffel Tower. Once, a student who had to drop his class asked if he could still turn in the extra credit because he’d enjoyed the work so much.

He tailors his classes to relate to real life. Among his story problems: “You just clogged a toilet and the plumber says it’s $50 just to come out and look and $45 per hour after that. How much is it going to cost if he comes for five hours? What do you do if you don’t want to spend more than $400?”

“They get back to me all the time with, ‘Oh my gosh, I can see myself doing this!’” Lopez said. “I think we have a lot more fun with these questions. I think it’s important that students see themselves through mathematics.”

As he readied for the start of a term, Lopez challenged himself to help students overcome any and all learning barriers. How, for instance, to teach a student with vision impairment about logarithms? How to make math a multisensory experience?

“I just want it to be better for students - whatever that is,” he said.

Lopez has been with LBCC for just one year but says he’s here to stay.

“I’m very passionate about student success,” he said. All during his interviews and walk-arounds, he said he found “it was all about students - from the department I work with, to the bigger department, to the college - everyone wants to see students succeed.”

“I felt like there were a bunch of me’s.”