Soren Skinner Continues a Family Tradition in the Kitchen 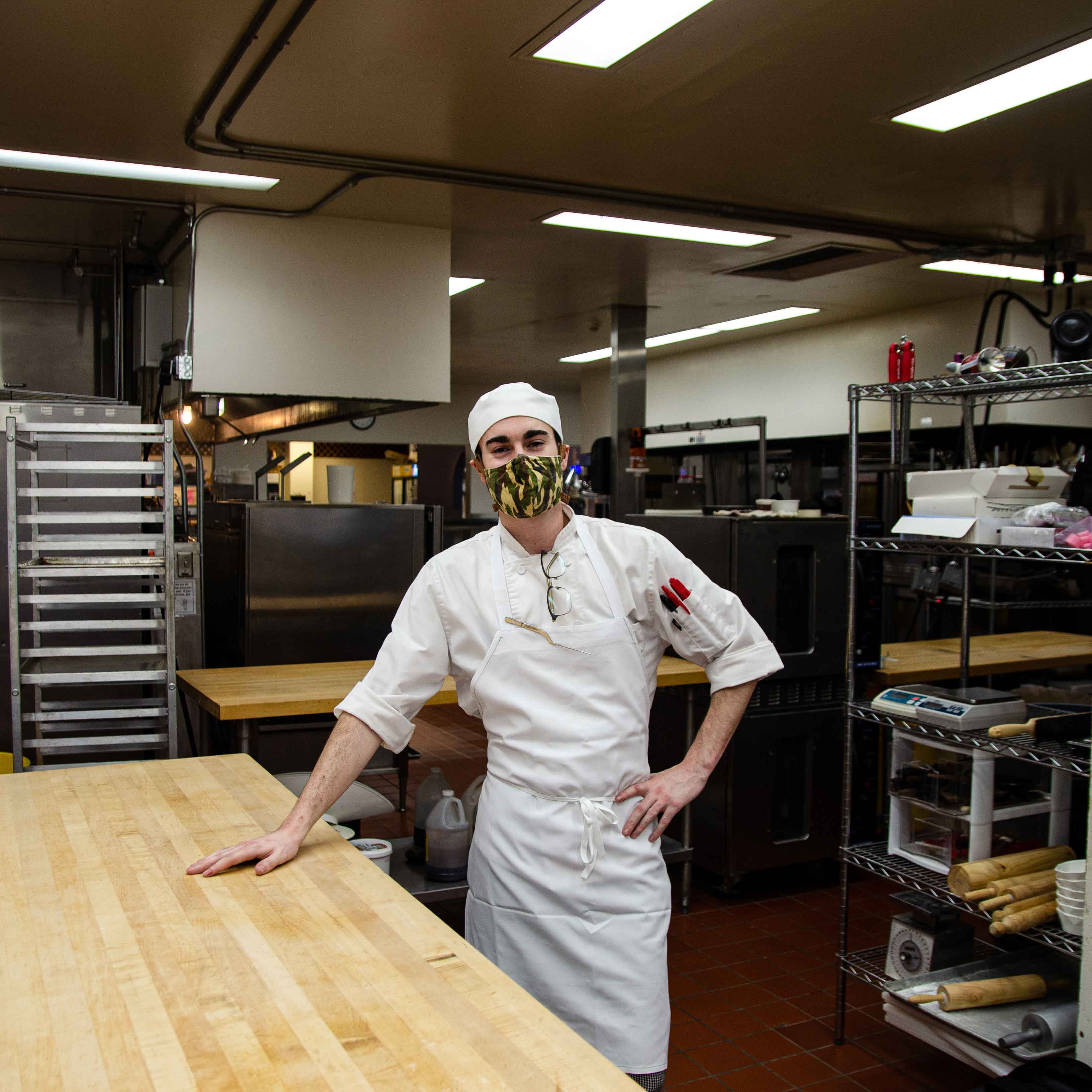 Soren Skinner grew up in the kitchen. “My happiest memories, since the age of two, were those spent cooking with my family.

Skinner’s father worked for several years as a cook. “He worked a lot to support us when I was a kid. That time spent in the kitchen with my family was precious,” said Skinner.

Skinner is in his second year at Linn-Benton Community College and will graduate this June with a Culinary degree.

As a young adult in Arizona, Skinner worked for a family catering business. In his mid-teenage years, he moved with his family to Oregon. “Because there is rain. We wanted a better climate,” he said.

Both parents obtained nursing degrees and now work as nurses in Oregon. Skinner is continuing the tradition of working in the kitchen.

“I was going to be either an EMT or a chef,” he said. Skinner enrolled at LBCC for many reasons, including the affordability and proximity to home. “I’ll have almost no debt when I graduate,” he said.

He had also heard about the great reputation of LBCC’s Culinary Program.

While Skinner plans to move to Vancouver, Canada to explore its multicultural ‘foodie’ scene and it’s “awesome authentic and fusion foods,” many of his classmates will pursue work closer to home. Some want to work in restaurants or catering, others in food labs or as entrepreneurs who start their own restaurants and cafes.

“Chef Green asks local chefs what they need … like knife skills,” said Skinner. Green then brings that information back and ensures his students are learning the skills that are most in demand.

“The program gives you the basis to go out and start your career. It gives you a portfolio to go to work,” said Skinner, “but then you have to go expand your knowledge of other cuisines and develop your own approach.”

The students get experience doing just that. They learn different techniques, build their knowledge and skills, and then are given recipes at first, then simple guidelines to make different foods. Next, they are asked to moderate what they create.

When working in groups, students have an opportunity to taste everything that comes out of the kitchen, so they learn from each other what variations do and do not work. As they progress through the program, they are given more freedom to create and to develop their own menus with oversight by Chef Green.

By the end of the program, students are prepared to run a kitchen, and to plan meals for large events.