Livestock Judging Team a Benefit for Competitors and Local Industry 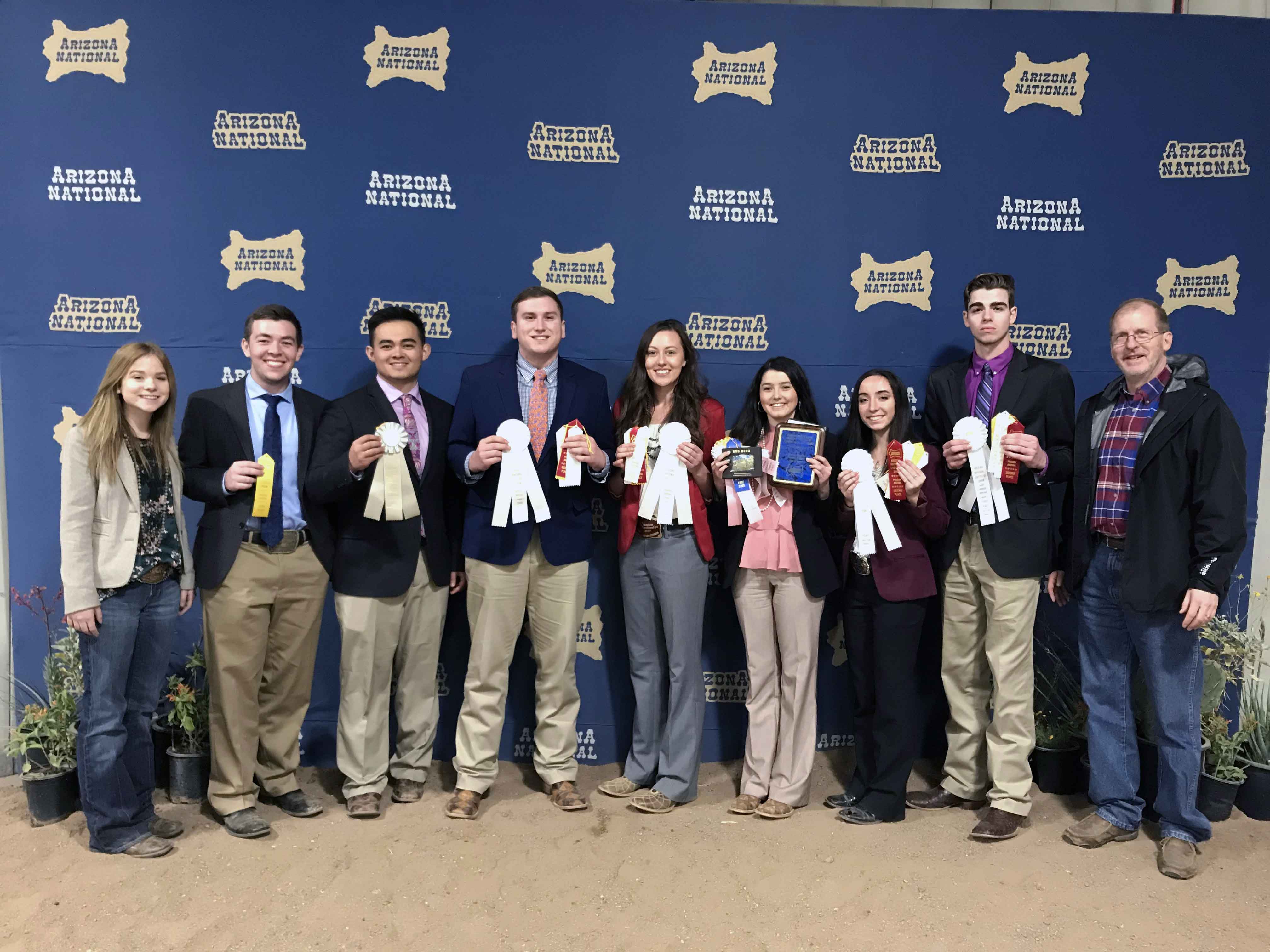 “I was a product of the judging team when I was a student at LBCC,” said Rick Klampe, one of two coaches for the Linn-Benton Community College livestock judging team. “I went on to win a national competition as an individual.”

Klampe has been a faculty member at LBCC for 33 years. He is retiring this year.

As coaches, he and Clay Weber actively recruit talent. “Just like an athletic team, we recruit,” said Klampe. “We look for students from 4-H and the Future Farmers of America (FFA)  throughout Oregon but also from the entire western region of the U.S.” Recruited team members are offered talent grants as a financial incentive to participate.

The team does not turn away students, however. The students who show up as “walk-ons” start at a disadvantage, but with hard work can compete.

How does livestock judging work? There are 12 classes of livestock in a contest. A class, in either market or breeding, is made up of four animals. The student judges rank them in order. If they rank them the same as an official, they earn the highest total points of 50.

After ranking the animals, the student competitors also must give “oral reasons” for several of the classes.  These 1 ½- to 2-minute oral presentations involve the competitor explaining to the judges why they placed the class in its respective rank order. The students are judged on accuracy, delivery, voice, and inflection.

“The oral communication skills, decision-making ability, and thinking under pressure that one gains on the team are really useful in future careers,” said Klampe.

First-year team members do not compete much because they are too busy training. Smaller, regional contests where both first-year and second-year team members can compete take place in Chico, Fresno, San Francisco, and Davis, California along with Medford, Oregon. Klampe helped revive the Medford contest so that there would be at least one in Oregon.

For the national competitions, the team travels each (non-COVID) year to Kansas City, Louisville, and Denver. Once in a while they add Texas - if the team has enough money. The livestock judging team runs a summer judging clinic for FFA and 4-H students to help offset team travel costs. A few years ago they added a booster club.

The livestock judging team is a co-curricular at LBCC. That means students take it as a class and earn credit toward their degree. In the fall they meet at least two or three times a week for practice and compete most weekends.

“As I say, from one until it's done,” said Klampe, referring to the fact that class can often go past 4:00 p.m. because the team might need to travel 30 or 40 miles to practice. They practice by judging the animals of local farms and ranches.

Competing at regional and national competitions, and making industry contacts is a great benefit for students. Networking the livestock team with farms and ranches throughout the Willamette Valley, however, has benefits for both the students and local industry.

“A lot of the farms we work with are owned or run by former students,” said Klampe. “It’s an opportunity for our alumni to give back.” It is also a way for local industry to connect with potential labor. “They know that these students on the livestock judging team are hard workers,” he said.