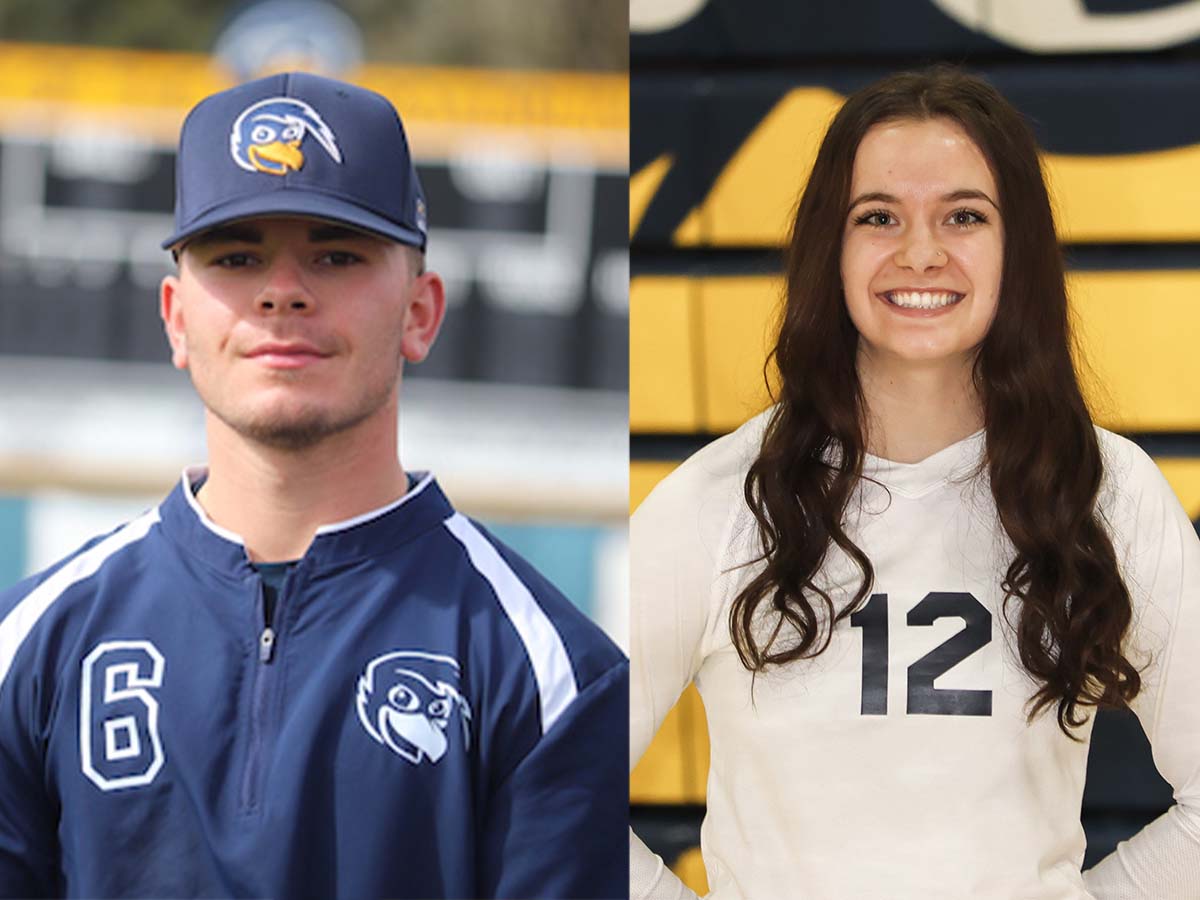 “It feels great to be recognized for all the hard work I put in,” said Cedillo. “I think it’s awesome to see more than one athlete at LB recognized with this award. It shows that LB is doing a great job at bringing in student-athletes that work hard in the classroom.”

In 2020, fall sports—like volleyball—saw their seasons postponed until spring 2021. And for Gray, that might have been a blessing in disguise coming in as a first-year student.

“Going from high school to online classes was pretty hard at first,” said Gray. “Because our season was later, I got to transition better into college. It was hard, but it was probably a lot easier than what normal freshmen go through.”

Despite her season being pushed back and having to switch to online classes, her grades didn’t suffer. Gray says she is thankful for the experience because now she is ready to hit the ground running with her online classes this term.

For LBCC athletic director Mark Majeski, these two represent LB’s goal for all of their student athletes. “They're competitive not only on the field but in the classroom, too,” said Majeski. “That's why they succeed. And they're just good citizens of campus and of the community.”

One of the most rewarding aspects of this honor is the fact that this shows what these athletes have accomplished off the court, in addition to their seasons.

“A lot of athletes are represented through sports so it was kind of cool to be represented for a different thing because we are student-athletes first,” said Gray. “It really just goes to show that athletes work hard in school, too, instead of just focusing on sports.”