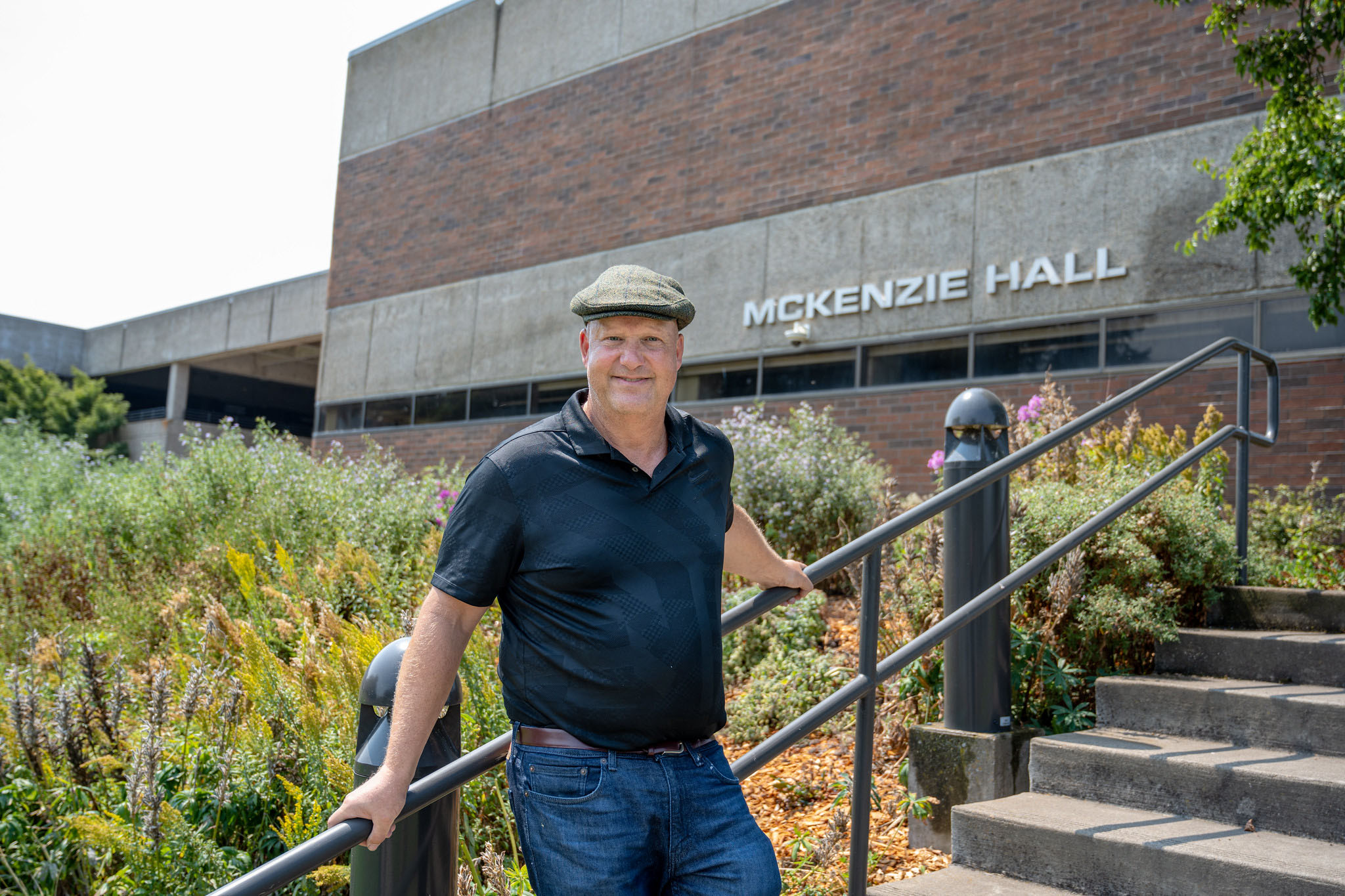 Paul Hibbard's life experiences allow him to relate to his economics students at Linn-Benton Community College on just about any topic. They're here right out of high school? He taught high school for 15 years. They're from eastern Oregon? He used to live in Boardman. Moved here from another state? From another country? Military veteran? Check, check and check.

It wasn't that he wanted to be a nomad; It's just that until he joined the faculty at LBCC 11 years ago, he never found the right fit.

The son of an economics professor father and an elementary school teacher mother, Hibbard might have seemed destined to go into education himself. But he got there in a roundabout way.

He's not sure if his father's influence is what turned him toward teaching economics himself, but he was interested in the subject and had strong math skills. He also loved learning and being around others who wanted to pursue knowledge.

Hibbard pursued an economics degree with a minor in psychology at Whitman College in Walla Walla, Washington, then picked up a Master of Science in economics from the University of Oregon and his teaching certificate from San Jose State in California.

He still loves teaching high school, but switched to community college to reduce heavy schedules and struggles with bureaucracy.

At LBCC, he said, he has more flexibility and autonomy, and feels everyone's role is treated as important, from deans to dishwashers. "That's incredibly important to me," he said.

When he teaches, Hibbard said he emphasizes that economics isn't a subject so much as it is a philosophy. It's a way to think and to solve problems. Like the sciences, economics doesn't tell you the right or wrong answer - instead it gives you the tools to make your own decision.

Take choosing a career, for instance. The law of supply and demand means if a particular job population is aging, pretty soon retirement will claim enough of them that your entry into the field will make you extremely valuable.

Thinking about buying a house? How are the prices right now? Can you afford to wait until the bubble bursts and the prices hit rock-bottom again?

"Almost every career, every profession, you could come up with an application of economics to extend to it," Hibbard said. "I want my students to walk out with their own understanding of how economics apply in their own unique interests."

Hibbard used his understanding of economics to help his students get the most bang for their buck, so to speak, from having to switch to remote learning. He immediately stopped trying to hold lectures at times when everyone could make them and instead recorded his lectures on the Kaltura system. He made short videos to explain concepts and actively answered questions on email. It wasn't optimal, he said, but it was the best situation under the circumstances.

What will be optimal, he said, is getting back into the classroom this fall. He's excited to work with students personally. He wants to share his own life experiences - everything from serving in the Middle East with the U.S. Navy Reserve during the first Gulf War to living on a sailboat near San Francisco to practicing a form of crossfit training with his children, 12 and 14 - and to find ways to connect with theirs.

All of those life experiences gave him "a lot of good stories and a broad understanding of the world," he said. "I want my students to be lifelong learners."