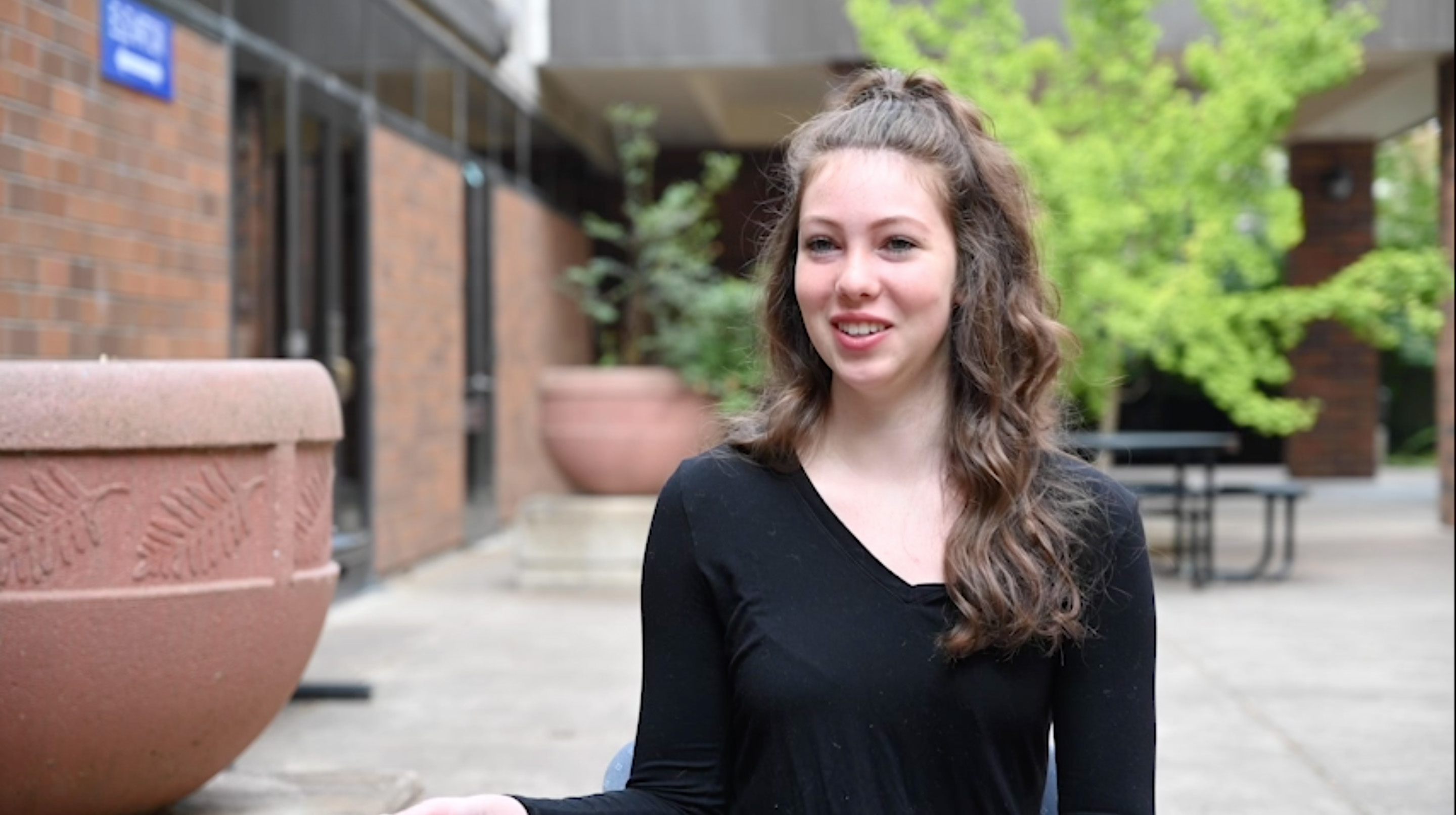 Linn-Benton Community College prides itself on encouraging students to explore their passions, even if they don’t have exact goals set for themselves yet. For Hannah Briggs, however, her goals were already in sight, and LBCC gave her the edge she needed to meet them in record time.

Briggs, a dual-enrolled biology student at LBCC and Oregon State University, has known for a while now that she wants to pursue a career in healthcare. After her mother was diagnosed with cancer, Briggs spent a lot of time in hospitals talking to physicians or shadowing practitioners for health classes. Thankfully, the cancer was caught early enough that Brigg’s mother was able to recover despite the hardships.

“She might not be here today if it wasn’t for her incredible care team,” Briggs reflected, describing how much she learned about the field. During her mother’s hospital stay, it finally clicked for her that she wanted to work in a field that allowed her to assist people in need of medical care directly.

Briggs first applied to LBCC during the start of the COVID-19 pandemic in 2020. She began taking her science classes here, followed by a full term, before finally dual-enrolling in LBCC’s Degree Partnership Program with OSU. This year, she’s on track to graduate with both her Associate’s and Bachelor’s degrees, with plans to pursue her Master’s Degree in health administration or something similar.

“I want to use the year it’ll take me to get my Master’s to get more experience and better figure out what specifically I want to do,” Briggs said. “I’m going to be applying to medical school this summer and hopefully I’ll get in this year, but if not I’ll spend that time shadowing doctors, building my resume and then reapplying.” Briggs, who has been averaging 7-8 classes per term so far, beams with confidence when she says “hopefully in five or six years I’ll be a doctor.”

Briggs has always been a champion of efficiency when it came to her education. Feeling bored in high school, Briggs felt like she could fast-track her education and move on to the topics that interested her more, hence her jump to LBCC. On the second day of her junior year of high school, she walked into the counselor’s office and said “I’m ready for the next thing.”

“I took nine extra classes and worked really hard so I could graduate high school early,” Briggs reflected. “And then I just took that momentum with me to college. I didn’t feel like I wanted to spend four years working on something when I knew I could do it in a shorter amount of time and get to my end goal faster.”

By the time Briggs graduated high school, she had 25 extra credits saved up already through LBCC’s College Now program. “I tell everyone that LBCC makes college so much more accessible and affordable,” Briggs said.

Briggs did hit a wall during a summer term where she took 38 credits in one go, but she kept persevering and wasn’t deterred. Even her advisor at OSU didn’t entirely know what to do with a student as driven as her. Ever since she’s taken between 25 and 30 credits per term, with her current term of courses being a bit lighter as she’s almost done at LBCC.

“If I can do it, why not do it? That’s always been my drive. I’m not in college to party, I’m here to learn as much as I possibly can and achieve my goals.” Briggs proclaimed. “If I can do that in two years rather than four, I don’t see why I wouldn’t.”

Briggs received a scholarship from LBCC that has helped remove any financial barriers between her and her goals, allowing her to continue pursuing her dreams in record time with a feeling of trust and reassurance from the Foundation. “School is expensive, so having a scholarship allows me to take even more classes,” Briggs said. “It’s amazing to know that LBCC wanted me to succeed. It’s nice to know that someone is willing to put their money towards you so you can go to school. It’s nice to know that someone else believes in me.”

Briggs is currently considering a potential future in pediatrics. “I love kids and I want to help make sure our next generation is set up for success,” Briggs said. “I want to do my part to ensure that future doctors, lawyers or world leaders grow up healthy.” Ideally, Briggs would like to stay on the west coast when she moves on to medical school so she can stay as close to family as possible.

If you’re interested in LBCC’s Degree Partnership Program so you can pursue your educational goals with confidence like Hannah Briggs, visit the DPP website. Scholarship opportunities can be found at the LBCC Foundation website.