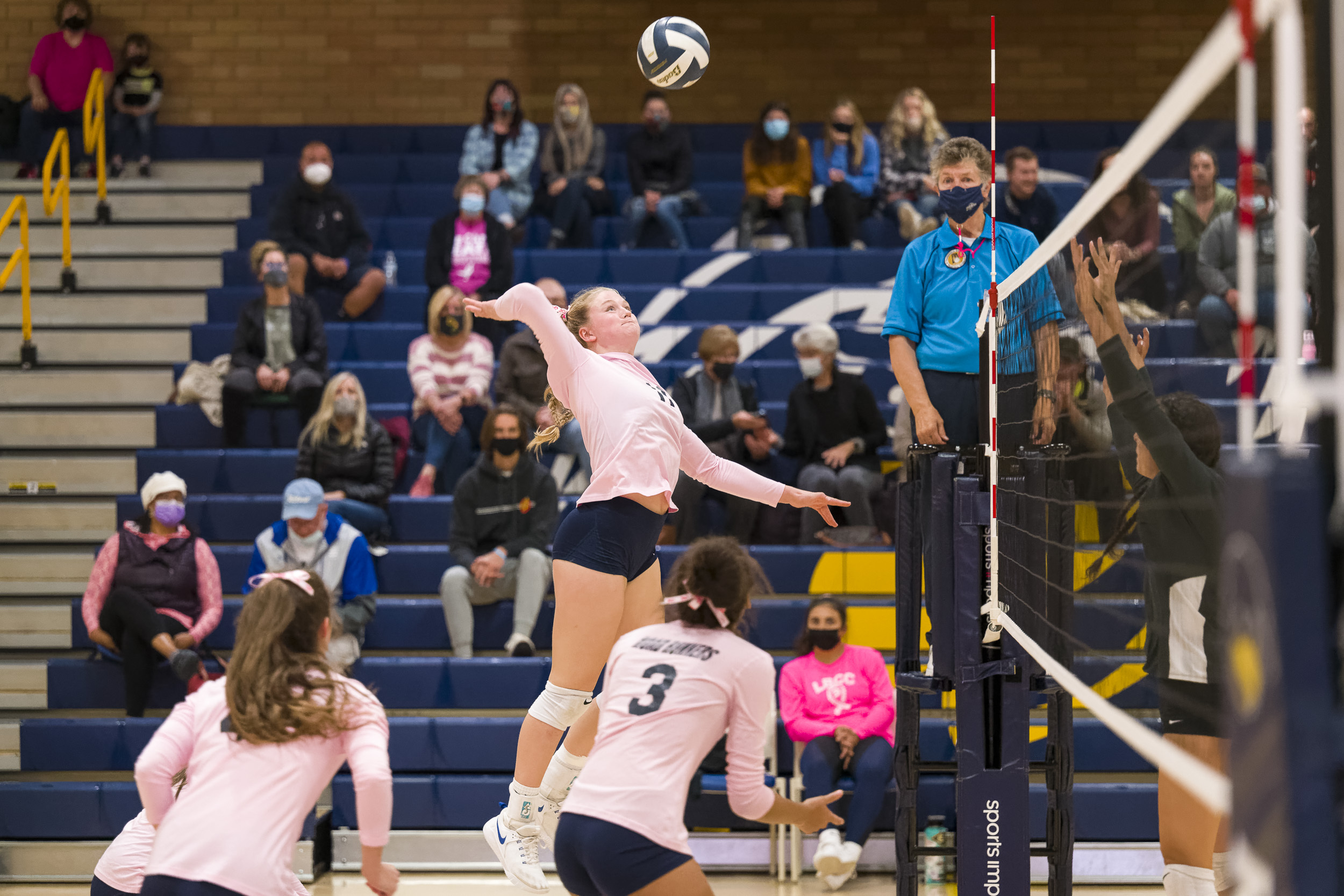 Sometimes a sporting event is just a game, but other times there is far more meaning behind it. For the Linn-Benton Community College volleyball team, that is precisely how it felt when they took the court against Chemeketa in mid-October.

There were a lot of things at stake that night. The Roadrunners had won 12 straight games, 36 straight sets, and sat at number one in the NWAC coaches poll. But all of those things took a backseat to their Dig Pink Match benefiting breast cancer research. A yearly tradition at LB since 2012.

Unfortunately Jayme Frazier, LBCC volleyball head coach, knows exactly what families who have been affected by breast cancer are going through.

“It really hit close to home for me,” Frazier said.

Frazier had an aunt and a cousin who were diagnosed with breast cancer. Her cousin, a mother of a two-year-old in her mid-thirties, passed away a few years ago.

The Roadrunners raised $495 for the Side Out Foundation in support of breast cancer research this year and have donated over $1,000 since they started having Dig Pink matches.

LBCC currently sit at 21-2 overal, 11-0 in conference, and first place in the NWAC South Region; but for one night their match was about more than just the score.