Ian Delgado: Don't be Afraid to Ask for Help 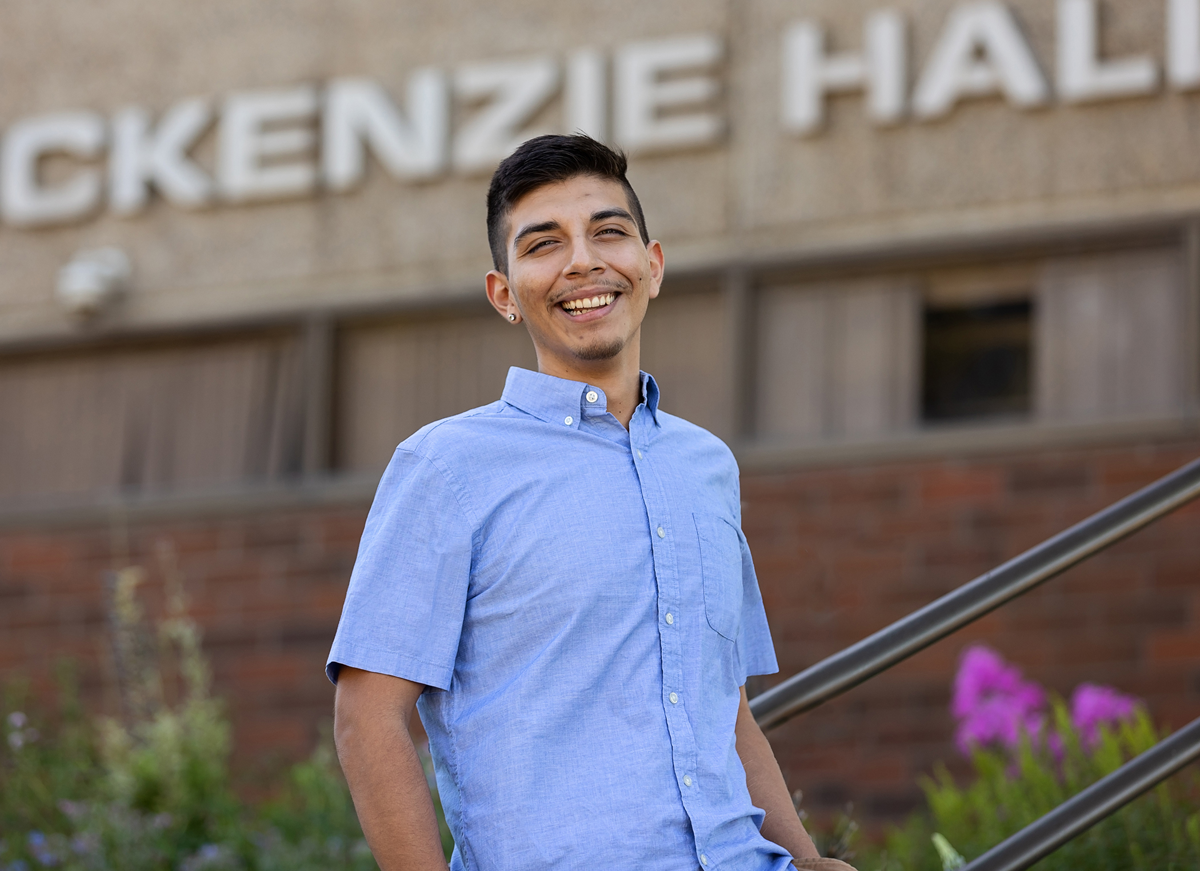 But when Delgado graduates from Linn-Benton Community College a year from now, he knows he'll be making his father proud.

And Delgado will do it. He’s sure of that. He has made it so far, and if he’s struggling, he knows LBCC faculty and staff are there for him.

They already have been.

“Coming into Linn-Benton, I was really scared because I had no idea what to expect,” said the Lebanon man, 20. “But the faculty and the staff made me feel really supported. They made me feel like they wanted me to succeed."

“Honestly, I’ve always been interested in computers, my whole life,” he said. “I feel like the internet raised me. I’ve always had Google to ask questions.”

Delgado learned to rely on technology especially heavily when his father was diagnosed in 2016.

The family had moved to Salem just a year previously, when Delgado was 15. He had started at the online Oregon Connections Academy, then transferred to West Salem High.

But sticking to a regular daytime school schedule soon proved impossible. With his father hospitalized in Portland, Delgado found himself on the road most of the time. He went back to Oregon Connections Academy to keep up with his studies.

“If it wasn’t for online school and having that flexibility, I might not have graduated from high school,” he said.

Enrolling next at LBCC just made sense to Delgado. He knew it would be more affordable than a four-year institution, and with a friend in Lebanon offering to share a house, he knew he had a place to stay within a closer traveling distance. And he liked the idea of being in smaller classes where his instructors would be easy to reach.

“I can send an email and they get back to me really fast,” he said. “I don’t think that would be possible in a four-year college with hundreds of students.”

The accessibility has made all the difference in his first year, Delgado said. As the first in his family to go on to college, he didn’t have anyone at home to turn to with questions.

If he could change anything about that first year, Delgado said, it would be to start asking for help earlier. That, he said, was one of his biggest issues, until he finally got up the nerve.

“I think that deep down I knew if I was too afraid to ask for help, I would fail. The desire to succeed outweighed my shyness” he said. And, once he’d asked, he wasn’t afraid to ask again.

He’d also advise entering freshmen to research their classes carefully to make sure the credits apply the way they think they will. Delgado signed up for an elective he thought would contribute to his health credit, only to find out after the fact that it didn’t. “That was in the period when I was too afraid to ask my adviser,” he said.

Delgado finished his first year with a 4.0 grade point average - something he’d done only one of his high school years. And he also was the recipient of the Georgia Halsey Pacific Scholarship. “That’s a pretty great achievement for me,” he said.

His career goal is to research and teach at a university and continue to learn and explore.

"I want to contribute to helping humankind evolve through science and technology," he said.

Delgado said LBCC has helped him find his feet emotionally after his father’s death.

“I also feel like I’ve really grown as a person,” he said. “Before joining college, I felt really lost and depressed. Him passing away really took a toll on me. But being in school, being in college would have made him really, really proud. Part of where I am now, I feel really proud and accomplished.”