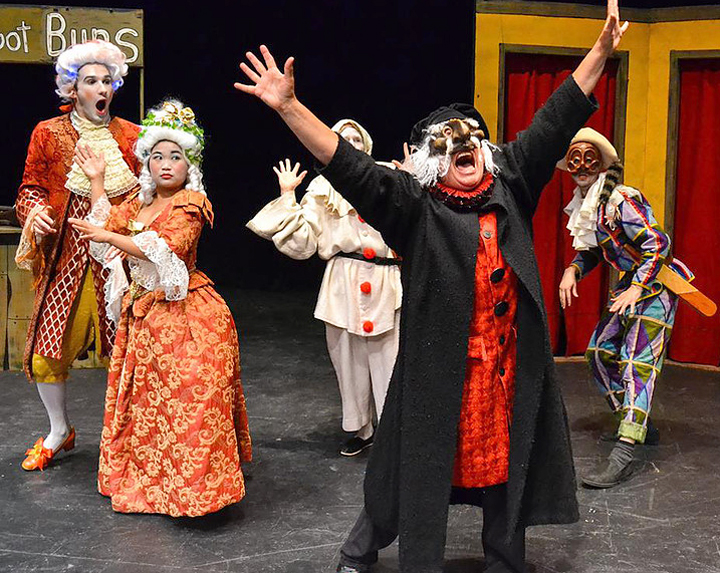 LBCC theater students performed the original play ”I Got Guns,” which was written and directed by theater faculty Dan Stone.

The play earned Meritorious Achievement awards for Ensemble, Directing, and Original Music. The music was written by LBCC graduate Alyson Fewless, who is also musical director for the upcoming play “The Drowsy Chaperone” opening March 29 in the Tripp Theater.

Stone’s play was one of only three selected from the region to compete in the festival, which includes colleges in Oregon, Washington, Idaho, Northern California, Nevada, Colorado, Montana, Wyoming and Alaska.

“I Got Guns” examines political viewpoints and gun issues with a huge helping of hilarity, and is performed in the improvisational slapstick-style of Commedia Dell’arte, with Stone’s narrative poking fun at extreme conservatives and liberals alike.

About Dan Stone: Dan received his Bachelor of Arts degree with a double emphasis in Acting and Dramatic Literature from California State University, San Bernardino. He completed his Master of Fine Arts degree at Humboldt State where his focus was directing and creating original works. Dan was fortunate to be personally mentored for three years under Dr. Ron Argelander, founder of the Experimental Theater Wing of New York University.