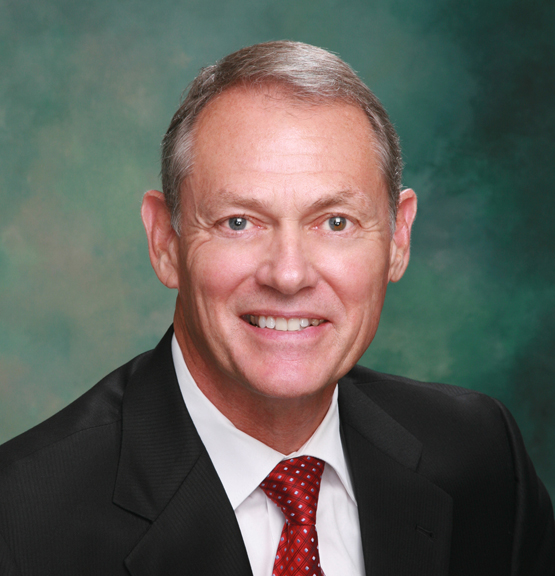 Merryman has served on the Board of Education at Linn-Benton Community College since 2013, serving as Board Chair for the past three years. He was nominated for his advocacy of community colleges, and his leadership between businesses and LBCC, including his work in forming the nationally-recognized workforce development partnership known as “Pipeline,” which provides pathways for K-12 students through LBCC and into living wage jobs in the manufacturing and health care sectors.

“Jim Merryman is what I believe to be the epitome of Board leadership,” said LBCC President Greg Hamann. “He is a leading voice that helped us develop our CTE programs and facilities, and he is an ambassador for LB with local school boards, city council and other community partnerships. He is an ambassador for all of Oregon’s community colleges. I have had the good fortune to work alongside and benefit from his skills and position within the community in a way that magnifies the leadership that he and I together are able to provide Linn-Benton Community College. For these reasons, and many others, I strongly believe Jim Merryman is most deserving of the Howard Cherry Outstanding Board Member Award.”

As an LBCC ambassador, Merryman has met with local school boards, city councils, and business leaders to improve communication and create partnerships that help LBCC better serve the community. He has also served on business council advisory groups and provided testimony for legislative committee hearings in support of Oregon community colleges.

“The Howard Cherry Outstanding Board Member Award is presented to a local community college board member whose service has demonstrated effective political advocacy and a proven commitment to the college and community. Jim Merryman brings a powerful and respected voice as an advocate for LBCC, as well as all 17 community colleges, to the legislature and local community,” said Cam Preus, OCCA executive director.

In addition to the LBCC board, Merryman serves on the boards of Samaritan Health Plans, the Albany Safety Foundation, and the Albany Area Chamber of Commerce, and on the Albany Chamber’s task force on Workforce Development. He also served on advisory boards for the LBCC’s Business Department and the OSU College of Business advisory, and on the board of directors for Linn-Co Federal Credit Union and NW Food Associates.