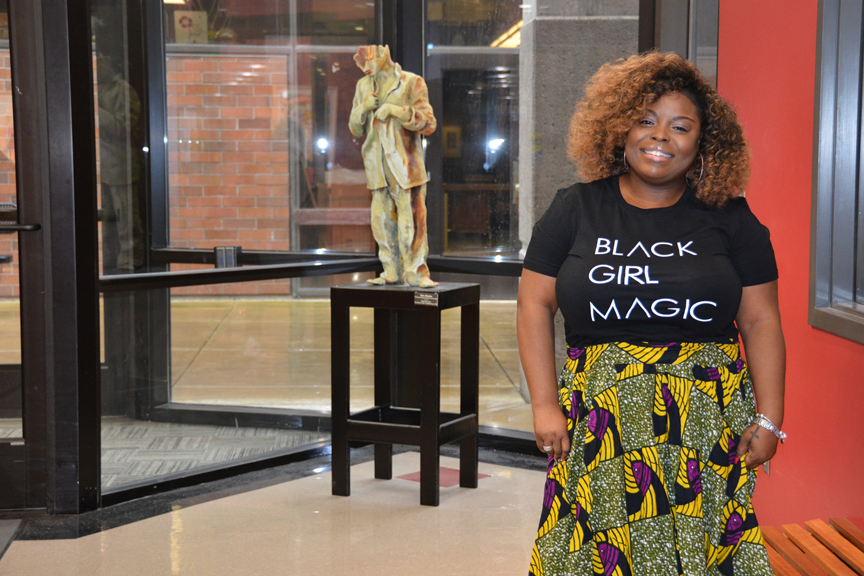 Terrance Harris, assistant director of the Black Cultural Center, nominated McGhee for her work with black history and women’s history projects at LBCC and in the community.

“Receiving the Black Excellence Award was truly amazing,” said McGhee. “The nomination was a complete shock and surprise. I have been in Oregon for just a short time, and to be honored is this way is a blessing. The fact that I received the Community Member Black Excellence Award for doing what I love, which is helping and working in the community, it’s just a part of who I am as a person and as an Alpha Kappa Alpha woman, and specifically a Black woman in a predominantly white area. I have been embraced and encouraged since coming to LBCC.”

McGhee began teaching at LBCC in September 2017. Not long after arriving, she created a Black History Essay Contest, implemented a film series for Black History Month and for Women's History Month, and hosted a Breast Cancer Awareness Program.

“My colleagues and friends at OSU must have recognized that, unbeknownst to me, that ‘I was just doing me.’ My English department chair and friend Karelia Stetz-Waters, teaching mentor and friend Robin Havenick, and my ISI colleague and friend Dr. Gail Moraru attended the event, which made it all the more special.”

McGhee has a bachelor's degree from the University of Wisconsin-Whitewater in broadcast journalism with a minor in race and ethnic cultures, and a master’s degree in journalism from Roosevelt University. She received her doctorate in Education Leadership Management from Capella University.

McGhee is an alum of Public Allies Chicago, an AmeriCorps Program. Before coming to LBCC, she taught English for eight years at City Colleges of Chicago.