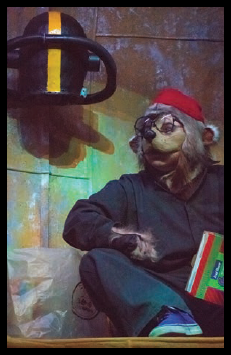 Photos above: “Josephina Jordan, Junior Underwater Explorer, and the Mystery of the Plastic Fish” by LBCC journalism student Angela Scott

A Tradition in Our Community

“Our Theater for Children program takes pride in providing enriching and engaging cultural opportunities to kids and families of the Willamette Valley.”

For more than 40 years, the LBCC Children’s Show has brought culture and enrichment to area youth and their families, spanning generations of young students, parents, and grandparents. From the first show titled “Cinderella and Other Stories for Children,” performed in the spring of 1976, to this year’s show, the original play “Josephina Jordan, Junior Underwater Explorer, and the Mystery of the Plastic Fish,” LBCC has a long tradition of bringing live theater to children and adults alike.

LBCC’s Theater Program offers field trips for elementary schools to attend the show, and holds two Saturday performances that are open to the public. For many, attending LBCC’s children’s show is their first experience with live theater.

Stone began directing theater at LBCC in 2010. Under his guidance, the children’s show continues to thrive. “Our Theater for Children program takes pride in providing enriching and engaging cultural opportunities to kids and families throughout the Willamette Valley,” he said. 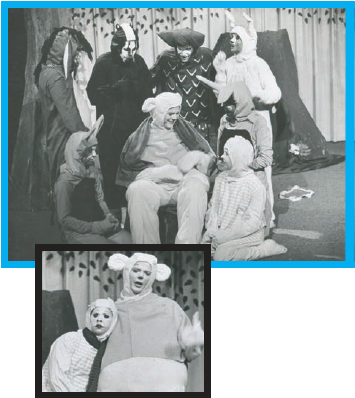 Coming in February 2020:
Our 45th Children’s Show, created by LBCC theater students under the direction of Dan Stone, is based on the origin story of the character Scarecrow from The Wonderful Wizard of Oz."

Find out what’s happening at the Russell Tripp Theater - including plays, musical performances, lectures and more at:
www.linnbenton.edu/tripp
theater@linnbenton.edu
(541) 917-4531