Cheng’s dish of Roasted Hazelnut Curry Lamb Stew beat out five other culinary dishes for the top prize of $200.

Cheng, from Corvallis, is a first-year Nutrition and Foodservice Systems student at Oregon State University. He is attending LBCC to complete his one-year culinary background work which will apply toward his bachelor’s degree at OSU. From China, Cheng currently works for OSU Dining Services. He has a passion for travel and food, and plans to travel the world as a chef once he has completed his bachelor’s degree.

“I learned a lot from the competition, and feel it gave me more confidence in myself,” said Cheng. “I would like to say to other students, if you have self-doubt, just keep doing your best and working hard, and your efforts will pay off for you.”

The Hazelnut Board of Oregon distributed cash prizes to the winners; $200 for first place, $150 for second, and $100 for third. Competitors also received the cookbook, "Oregon Hazelnut Country, The Food, The Drink, The Spirit" by local author Jan Roberts-Dominquez, and five pounds of locally-grown hazelnuts.

“The students put in a lot of work to create their recipes,” said Sarah Booth, LBCC culinary instructional assistant and contest coordinator. “It's a fun way help connect them to appreciating and using local products in their cooking.”

Culinary student Tirrah Garofallou placed second for her recipe of Duck Roulade with Grilled Oyster Mushrooms and Carrot and Purple Potato Purees. Garofallou, of Albany, will graduate in June with an associate degree in Culinary Arts. She currently works at Frankie’s Restaurant, and as a lead cook for the Warehouse Commissary, and works with Authentic Meals catering.

Tony Franco placed third with his recipe of Scallop Ravioli with Hazelnut, Brussel Sprout Filling and Sweet Tequila Hazelnut Sauce. Franco, of Corvallis, will graduate in June with an associate’s degree in Culinary Arts. He plans to continue at OSU to earn his bachelor’s degree in the Nutrition and Foodservice Systems. Once he completes his bachelor’s degree, Franco plans to work as an executive chef or in the food science industry.

LBCC’s Hazelnut Recipe competition began in 2001. The Oregon Hazelnut Marketing Board donates the cash prizes. Hazelnuts used in the competition are provided by local growers Wayne and Joanne Chambers, who are long-time supporters of the college culinary program. 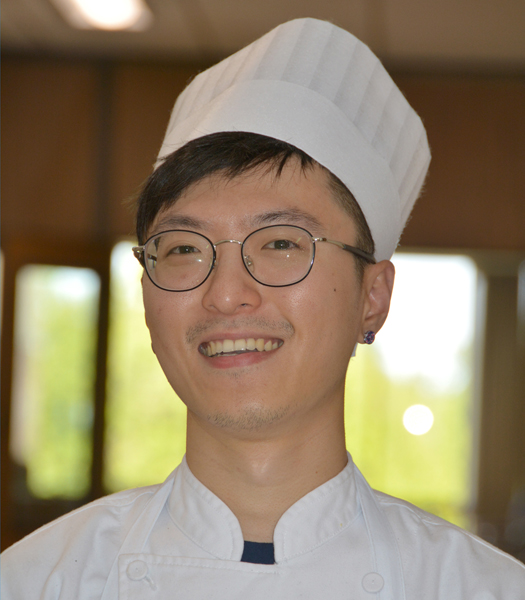 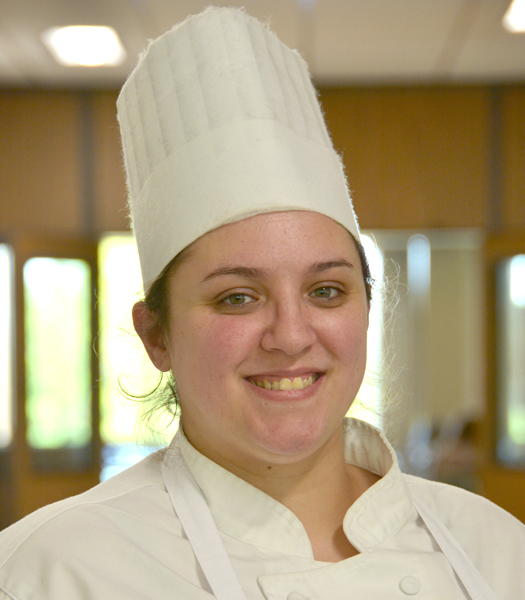 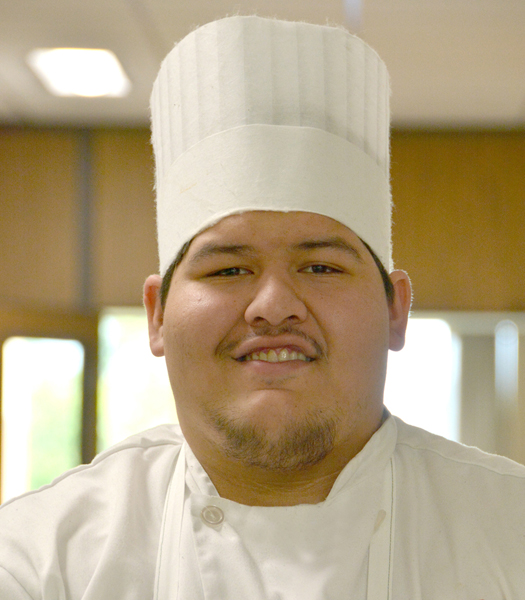