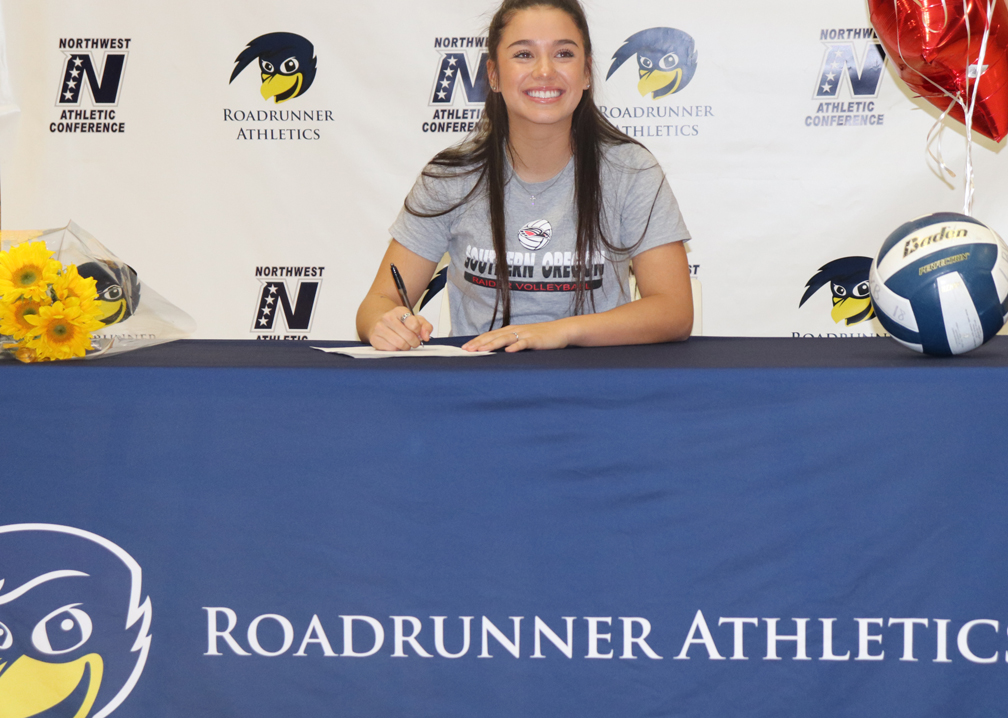 Kya Knuth, a sophomore libero from Lebanon, has signed a national letter of intent with Southern Oregon University to play volleyball next year for the Raiders.

Knuth earned 1st Team All-NWAC Southern Region Honors this past season as she helped lead the Roadrunners to a 29-10 record overall. LBCC captured the NWAC Southern Region title with a 13-1 record and head coach Jayme Frazier was named Coach of the Year.

Knuth also tallied additional honors during the 2018 season, including all-tournament at the Spokane Invitational, NWAC and Southern Region defensive player of the week honors and participated in the NWAC Sophomore Showcase. Knuth led the Roadrunners in digs with 597 on the season.

"Kya represents everything positive about our program's culture," Southern Oregon's head coach Josh Rohlfing said. "She's been trained by some of the best coaches in Oregon and we are excited to have Kya join our program."

Southern Oregon finished last season ranked #8 in the NAIA and posted an overall record of 29-5. Two other former Roadrunners helped the Raiders to their record-setting season in 2018, senior outside hitter Malie Rube and junior defensive specialist Sara Fanger.