Walidah Imarisha: A Racist History Shows Why Oregon Is Still So White

Writer, activist and artist Walidah Imarisha spoke at LBCC in 2016. Four years later, she continues to educate Oregonians on the question, "Why aren't there more Black people in Oregon?" Listen to/read the June 2020 OPB story here.

But...how do I respond to that? 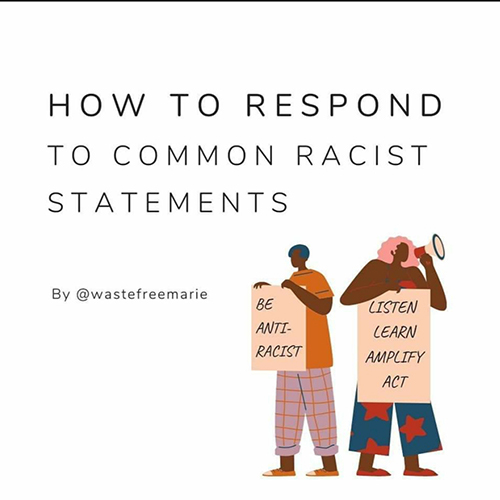 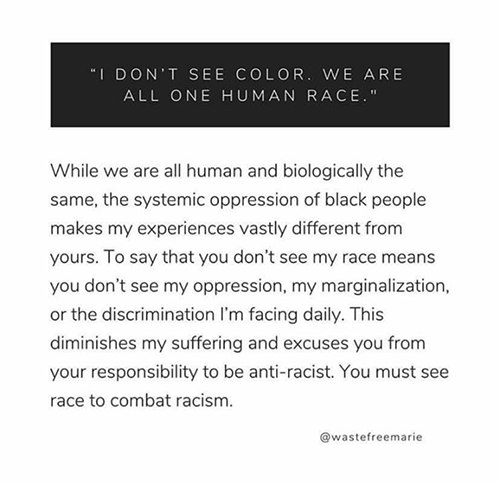 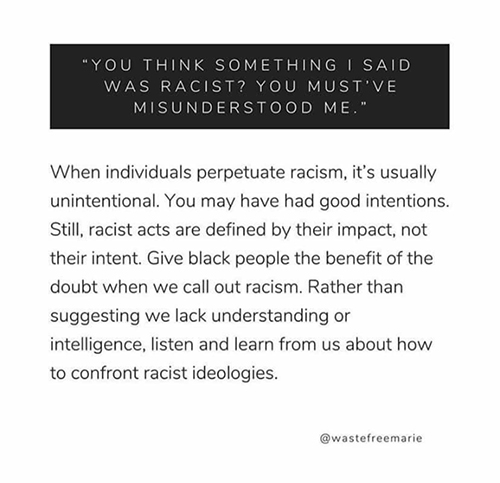 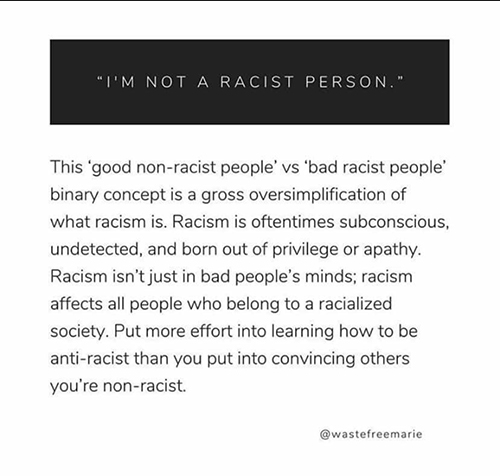 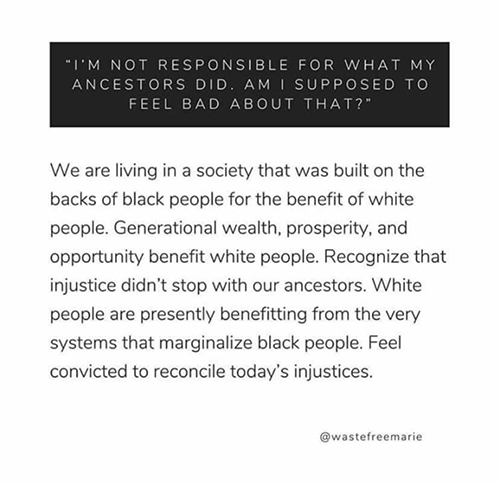 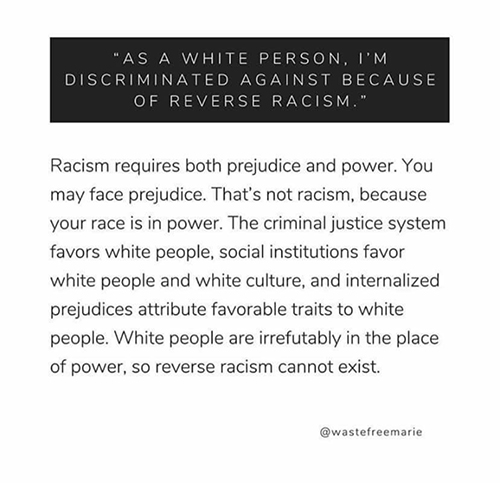 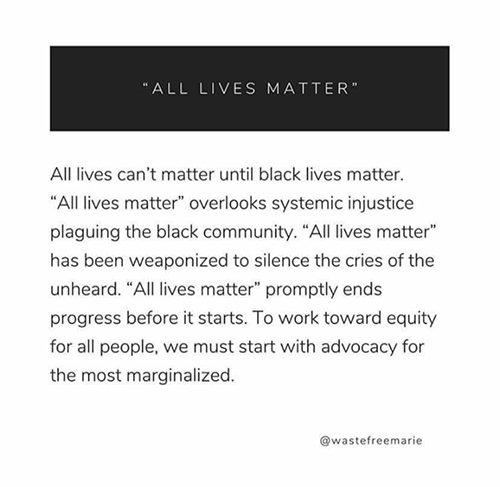 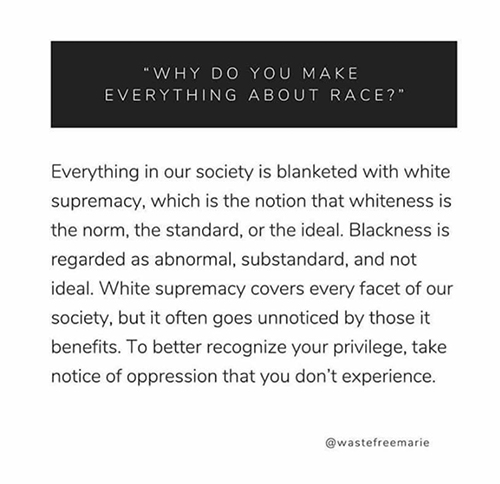 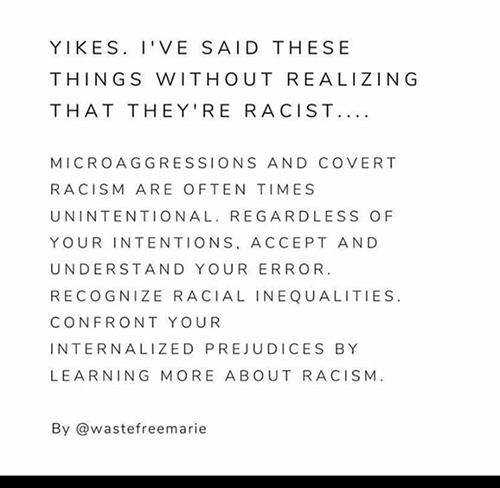 Guest Lecturer Presentations
Robin DiAngelo: May 9, 2016
This nationally acclaimed educator, facilitator and author of three books on Whiteness spoke to us about White fragility, or what makes it so hard to talk to White people about racism. View her presentation in its entirety.
Walidah Imarisha: May 5, 2016
Perhaps most famous for her presentation entitled Why Aren't There More Black People in Oregon?, for six years, Ms. Imarisha traveled statewide as a public scholar with Oregon Humanities' Conversation Project. View her full presentation on alternatives to incarceration.
Tim Wise: October 14, 2015
One of the most prominent anti-racist writers and educators in the U.S., Tim's presentation to a packed Forum covered a spectrum of topics, including poverty, racism and White privilege. View his presentation in its entirety.
2017-2019 Posts

As America Changes, Some Anxious Whites Feel Left Behind

Demographic shifts rippling across the nation are fueling fears that their culture and standing are under threat.

The Simple Truth About the Gender Pay Gap

You’ve probably heard that men are paid more than women are paid over their lifetimes. But what does that mean? Are women paid less because they choose lower-paying jobs? Is it because more women work part time than men do? Or is it because women have more caregiving responsibilities? And what, exactly, does gender bias have to do with paychecks?

Bachelorette Parties, Drag, and the Appropriation of Queer Space

My partner and I took my sister to Darcelle XV Showplace Saturday night for her birthday. Darcelle XV hosts the longest continuously running drag show on the West Coast, and its iconic founder and star at 86 is the oldest performing drag queen in the world.

Despite the fact that women represented 56 percent of those enrolled in American colleges and universities in fall 2016, many people do not think of student debt as a women’s issue. This 2017 AAUW report reveals that women also take on larger student loans than do men. And because of the gender pay gap, they have less disposable income with which to repay their loans after graduation, requiring more time to pay back their student debt than do men. As a result, women hold nearly two-thirds of the outstanding student debt in the United States — more than $800 billion.

Latinos In Oregon: Trends & Opportunities in a Changing State

It depends on whom you ask, write David L. Brunsma, David G. Embrick and James M. Thomas, who contend that institutional leaders often try to deny racial tensions on their own campuses.

Creating a Culture of Transfer

For most low-income students, the path to a college degree starts at the door of the local community college. Dishearteningly, only 10 percent of these students successfully transfer to four-year colleges and earn bachelor’s degrees. There is clearly an enormous amount of potential caught in the gap between community colleges and four-year schools.

A Legacy Of Determination: César Chávez

During the Centennial year of the National Park Service, our role as America’s storyteller has taken center stage. We are proud of the accomplishments we have made over the past 100 years, but at the same time, we are committed to doing a better job of telling a more complete version of our history so that every American sees him or herself reflected in the parks.
Read the NPS director's blog here.

If You Think Women In Tech is Just a Pipeline Problem, You Haven’t Been Paying Attention

I first learned to code at age 16, and am now in my 30s. I have a math PhD from Duke . . . Over a decade after I first learned to program, I still loved algorithms, but felt alienated and depressed by tech culture.

A Conversation On Race

A New York Times series of short films on identity in America.

Undocumented students are school-age immigrants who live in the United States after entering the country without inspection or after overstaying their visas. They face unique challenges in accessing and paying for higher education. Across the country, these students and their allies are working to increase their opportunities to attend college. Oregon's legislators have passed three laws to help ensure all of Oregon's students are able to include college in their plans.

The 8 R's of Talking About Race: How to Have Meaningful Conversations

You’d be hard-pressed to browse a Facebook timeline or turn on the news these days and not be confronted by racial inequities.  Now, more than any time in my lifetime, conversations about race have forced their way into the national consciousness.  Read the post by Dwight Smith.

A couple weeks ago, I was debating what I was going to talk about in this sermon. I told Pastor Kelly Ryan I had great reservations talking about the one topic that I think about every single day.

Then, a terrorist massacred nine innocent people in a church that I went to, in a city that I still think of as home. At that point, I knew that despite any misgivings, I needed to talk about race.

Never give up: Adriana Villegas breaks barriers to achieve dreams

“I was 11 years old when I had to migrate to the United States from Mexico with my mom and younger brother. My father, as a United States resident, worked in Oregon and visited us in Mexico. After years of hard work he reached his ‘American Dream’ as an entrepreneur of his own company."  Read the rest of Adriana's story.

The State of Black Oregon: 2015 report

The 200-page report features 18 essays from leaders throughout Oregon on issues including universal childcare, health equity, gentrification and entrepreneurship. There are 21 case studies from across the state, from Medford in the south, to rural Pendleton in the east to Astoria and the central gentrifying urban centers. It includes 12 pages of detailed data tables.

Taken together, the report is a roadmap to address longstanding inequities in employment, education, housing, health, criminal justice and wealth creation – and to pave the way for success.

To Become a Bridge

In 2013, Travis Reginal wrote an essay in Education Life about making his way from Jackson, Miss., to Yale, as a first-generation student. In his admissions essay, he had examined his love of writing poetry. He updates his journey, in his favorite format.

In the Shadows of the Ivory Tower: Undocumented Undergraduates and the Liminal State of Immigration Reform

Amidst the turbulent crosscurrents of immigration reform, nearly a quarter of a million undocumented undergraduates are struggling to find their way in higher education.  Read the full report.

I heard it again, another community college putdown. This one came from an educator explaining criteria for high school graduation. She followed her summary with these words to her audience of parents and incoming freshmen: “So that’s the minimum requirement. But here’s what you should take if you want to go to real college — you know, not community college.”  Read The NY Times blog.

For the first time in history, the National School Counselor of the Year will be honored at the White House. The initiative was developed as a means to provide college counselors with more support since they are “key” in helping students achieve an education beyond high school, wrote first lady Michelle Obama in an op-ed for USA Today. Her announcement came just a few weeks after President Barack Obama proposed making two years of community college free for all students who qualify. Read the article.

What Riding My Bike Has Taught Me About White Privilege

The phrase “white privilege” is one that rubs a lot of white people the wrong way. It can trigger something in them that shuts down conversation or at least makes them very defensive. Read more.

A group of 16 volunteers gathered in the Albany City Council chamber Thursday to celebrate Martin Luther King’s “I’ve Been to the Mountaintop” speech, delivered in 1968. Read the full story.

I Owe It All to Community College: Tom Hanks on His Two Years at Chabot College

In 1974, I graduated from Skyline High School in Oakland, Calif., an underachieving student with lousy SAT scores. Allowed to send my results to three colleges, I chose M.I.T. and Villanova, knowing such fine schools would never accept a student like me but hoping they’d toss some car stickers my way for taking a shot. I couldn’t afford tuition for college anyway. Read the op-ed.

Report: For Students of Color, College Life Filled With Microaggressions

Despite increasing diversity on college campuses, women and students of color report undergrad experiences filled with subtle yet denigrating microaggressions, according to a report from Harvard University’s Voices of Diversity project.  Read the full report.

The verdict rendered by the Grand Jury in Ferguson, Missouri has sparked anger and frustration across our nation. But it is in these moments of palpable response to years of injustice that I speak to you as a father of a son in America.  Read the news release.

What's happening in Ferguson is the result of several recent historical factors and deeply entrenched racial attitudes, as well as a breakdown in participatory democracy.  Read more.

BALTIMORE — It is a Tuesday in October and Terrell Kellam is running late. He usually wakes up at 5:30 a.m. to catch the first of two buses that will take him from southwest Baltimore to Morgan State University, just north of the city. With a good connection, making it to his college classes might take an hour and a half.  Read more.

College of Tomorrow: The Changing Demographics of the Student Body

Pick up a brochure or go to nearly any college web site – private, public, community college – and the first images you’re likely to see plenty of images of fresh-faced white kids (and perhaps a sprinkling of black and Asian teens), huddled in a lab or hanging on the quad, representing the student body on their campus.

Talk to anyone who studies demographics for a living, however, and they’ll tell you those images are rooted in the past. Young people seeking higher education these days, they say, are less likely to be white or male, more likely to be Hispanic, may be the first person in their family to continue an education past high school, and will likely need help paying for it. Read more.

The Price of Blackness

In undergrad, I drove a '92 Ford Taurus that just hulked, tank-like, up and down the streets of Berkeley. The thing was conspicuous, an ocean liner. I was pulled over all the time, once or twice a week at one point. Often I'd see a squad car following me and just pull to the curb to get it over with. An officer would walk up to the car, one hand on that little button that secures the strap over his gun. He'd ask for my license and registration. Some inner voice would remind me that this was the time to point out I'd done nothing wrong; I'd ask for a badge number, I'd take a stand. But black boys are supposed to know better.  Read more.